Argentina still betting Cameron's not gagging for a war 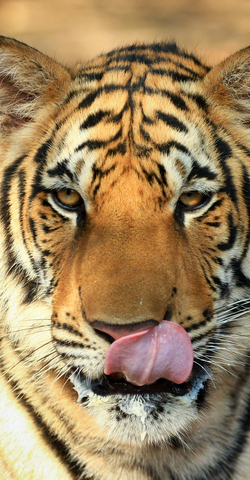 RBS chief executive Stephen Hester has claimed his job is full of hidden dangers that could kill him.

The £1.2m-a-year banker told Radio Four that it was ‘depressing’ having to work in a building that has probably given him lung cancer and where man-eating tigers prowl the corridors, hungry for Hester-meat.

He said: “Every day I find the strength of character to be driven to the office where I then put on my protective jump-suit and spray myself with tiger-neutralising juice.

“But that stuff is useless if the tiger actually sees you. At least once a week I have to run like the clappers before diving into a broom cupboard and then sit there all sweaty and terrified in my jump suit as this huge tiger gouges great big chunks out of the door.

“It gets you down, it really does.”

Mr Hester admitted his asbestos and tiger-filled working environment would surprise all those who thought he probably just sat behind a desk all day, telling people what to do.

He added: “That is such a tiny part of it. God, I really wish it was like that.”

Last week the bank chief turned down a £1m bonus and has now admitted he considered resigning before looking up the word ‘indulgent’ and realising that it already applied to so many other aspects of his life and that to add to that indulgence would be seen as indulgent.

Mr Hester said: “It’s not about the money, it’s about the tigers.”