THE half-term ‘holiday’ has ‘finished’ and children are going ‘back to school’, their dead-eyed parents have confirmed.

The week’s ‘break’, which gave families the chance to ‘spend some time together’ ‘for a change’, has now ‘concluded’ with school-aged children ‘returning to learning’.

“I must admit it was a struggle managing them at times, what with me not being able to get any time off, and it being freezing cold and pissing down throughout, and everything being closed, and it having been like this for 11 f**king months now.

“Of course they’ve enjoyed seeing their grandparents, on Zoom, and spending time with their friends, on Zoom, and playing out in the garden, on Minecraft.

“But now they’re back at school I can focus on other stuff, like getting them connected to their live lessons, and helping them with their maths, and photographing and uploading all their work, and minor little tasks like that.

“What a marvellous week it’s been. I’m sure they feel as rested and relaxed as I do. Roll on Easter.”

The confused person's guide to the 'war on woke' 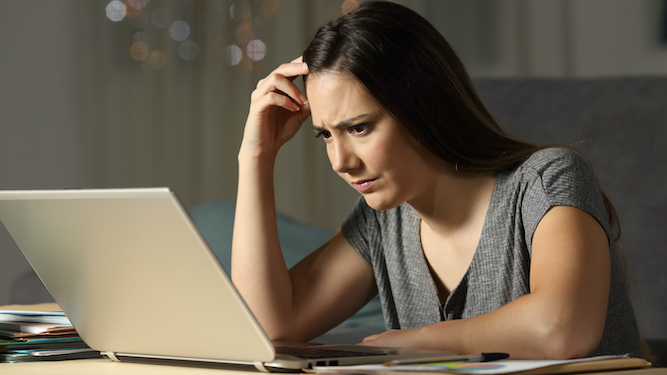 ARE you confused about the ‘war on woke’ and your role in it? Here are all your questions answered about this definitely genuine issue:

Is it a real war?

Of course not. Do you think self-serving arseholes like Priti Patel and geeky libertarian Telegraph columnists would ever risk their own skins?

So what is it, then?

Mostly random plans like legislation to protect statues and calling a meeting of heritage groups like the National Trust to encourage them to portray British history positively. Which is going to be a challenge with slavery. Maybe it could be rebranded ‘non-voluntary overseas career development opportunities’.

You’re missing the point. Politicians have discovered it’s easier to get votes by convincing your grandparents that Black Lives Matter is going to ban Spitfires than thinking of actual policies.

What if I get ‘cancelled’? I don’t like the sound of that

It’s not really a risk for most people, unless you’re a weirdo who’s written a book with a title like I Don’t Want to be a Transsexual, Daddy: How Woke is Turning Our Children Into Marxist Poofs.

Okay, which side of the war should I be on?

If you love wasting your time obsessing over vague threats to the legacy of historical figures you hadn’t heard of until now, definitely the anti-woke side. There isn’t really another side as such, just a lot of people wearily going, ‘What’s that little bastard Gove up to now?’

Where can I find out more?

Rest assured the Mail, Express, Times et al will be providing non-stop blanket coverage until you go into a coma from boredom. For a ‘war on woke’ perspective on history, try reading Commando comics.