Holiday to celebrate dragon-slaying or death of 2,000 Frenchmen

ENGLAND faces the tantalising choice of a national holiday that celebrates either the slaying of a fictional animal by a made-up saint or the violent deaths of a great many French people.

Ministers believe the May Day bank holiday has become bloated and inefficient while also failing to give people 24 hours off work in a sufficiently English manner.

They now want a national debate on whether England should have a holiday on April 23, in commemoration of a legendary Syrian for whom there is not a shred of historical evidence, or October 21, marking the day when undereducated men from across Europe died to satisfy the armchair whims of a handful of egomaniacal sociopaths.

The government said Trafalgar Day could also be a ‘British celebration’ based on the assumption that Scottish, Northern Irish and Welsh people enjoy the death of a Frenchman as much as anyone.

But Julian Cook, professor of French suffering at Reading University, said: “If we just want to celebrate a large number of French deaths then what about October 2, a key moment in the Battle of Alesia in 52BC which ultimately claimed the lives of up to 90,000 Frenchmen?

“Or, if we really want to do it properly, we should go for February 21, marking the beginning of the Battle of Verdun which saw 163,000 greasy frog-munchers die in a ditch.”

Meanwhile, campaigners who said the new holiday could mark Shakespeare’s birthday, the release of Sergeant Pepper or the discovery of penicillin by a Scottish person in an English laboratory have been dismissed as communists and homosexuals.

Tom Logan, a leading theologian and assistant dean of Winchester cathedral, said: “I tend to favour celebrating the fictional deaths of giant monsters, so I’d like a day off to commemorate Luke Skywalker killing the Rancor in Return of the Jedi.

“By the time they get to the Sarlacc pit you can see that it’s actually quite sunny outside so I reckon it was probably early May.”

Cupcakes will not plug gaping chasm where your soul used to be, say experts 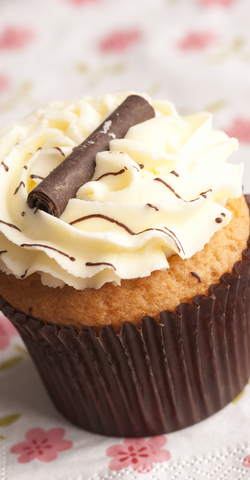 SMALL cakes with brightly-coloured icing will not bring boundless childish glee to your meaningless existence, it has been confirmed.

The Institute for Studies has spent the last two years studying the lingering trend for cupcakes as an adult food, at a self-consciously quirky tea shop called something like ‘Little Missy Yum Yum’ or ‘Alice’s Adventures in Cakeland’ where every purchase somehow always comes to at least a tenner.

Professor Henry Brubaker said: “One of our key findings is that cupcakes are actually for children.

“We also found that the adult cupcake eaters were predominantly females with too much disposable income who are either trapped in damaging relationships, have recently had their heart shattered into a million tiny pieces or who simply hate themselves because of who they really are.

“Whatever the problem, the cupcake, be it ‘Scrummy Strawbie’, ‘Banana Baby Bear’ or ‘Nanna Noo-Noo’s Nougat Nicie’, is not the answer, it’s actually the question.”

Trend analyst Nikki Hollis said: “For many grown-ups cupcakes offer a portal to the halcyon days of childhood, when the world was full of wonder, colour and excitement. It’s pathetic.

“You should eat your cupcake while riding a skateboard and wearing jeans with little loops to hang pretend tools off of.

“Then you can go back home and cry yourself to sleep or read yet another leaflet about erectile dysfunction.

“Oh, and before I forget, men who like cupcakes are obviously paedophiles and you should tell the police to confiscate their laptops.”