Houseguest paralysed by indecision over flushing toilet in middle of night

A MAN who is staying with friends has found himself paralysed by indecision after using the lavatory in the middle of the night.

Tom Logan has spent close to an hour wrestling with the dilemma of whether his hosts would be more irritated to be woken up by a flushing toilet at 3am or greeted with a bowl of hours-old urine at 8am.

“Of course, it could have been worse. And then you’d absolutely have to flush. No question. But then you might have to flush at least twice, at which point they are awake and know exactly what’s going on. Every cloud etc.

“I think the best thing is for me to get dressed and quietly slip out right now. I’ll send them an email in a couple of days explaining what happened. I’m sure they’ll understand.”

Meanwhile, one of Logan’s hosts, Emma Hayes, said: “It’s all a moot point really. We’ve been awake since he, presumably, banged his knee on the corner of the bed and shouted, ‘fucksticks’.”

Researchers discover only British actor who hasn't been in Doctor Who 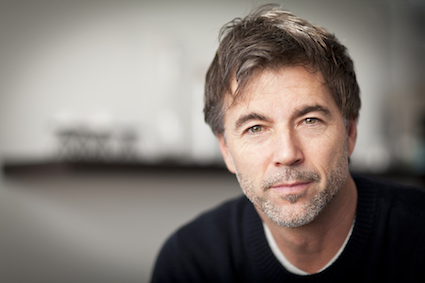 RESEARCHERS have confirmed the discovery of the only British actor who has never been in Doctor Who.

Forty-nine year-old Wayne Hayes, whose credits includes Midsomer Murders, Holby City, Old Dogs, Hollyoaks and Star in a Reasonably Priced Car from Top Gear back when it was good, is the only British actor of the last 50 years who has failed to be cast in the children’s sci-fi favourite.

He said: “I’ve had a few auditions for ‘Who’ but never got the role. My last one was for a Dalek.

“I spent days getting into it, working out my motivation and practicing in front of a mirror – Ex-Ter-min-ATE, Ex-TER-minate, EXTER-min-ate.”

He added: “So I say my line to Steven Moffatt and he shouts ‘next!’ and told me I wasn’t ‘committing to the Dalek mindset’. Which is a bit rich. Have you seen it? They’ll take bloody anyone.

“If Iain Duncan Smith can play the Fisher King, then why can’t I be a Dalek?”