YOUNG people’s obsession with the internet could spell the end for traditional pastimes like watching Home and Away, according to new research.

The Institute for Studies found that 74% of under-13s are unable to watch an entire episode of the Australian soap opera without touching Alf Stewart’s forehead in the hope of opening another browser.

“It was very much a shared experience, all of us staring at the same screen and helping each other focus for up to half an hour at a time.”

He added: “The storylines on shows like The Bill would be exciting but also carry a moral message that really made you think.

“We would pass crisps around, and sometimes the silence in the room would be punctuated by someone making a comment about a character’s hat.

Concern over the impact of the internet on television has led parents’ group Parental Guidance to launch ‘TV Is Cool’, a campaign designed to stimulate young people’s interest in traditional broadcasting.

“Meanwhile, his arch enemy is Internet Ivan, a black laptop who sounds a bit Russian and is afraid of daylight. 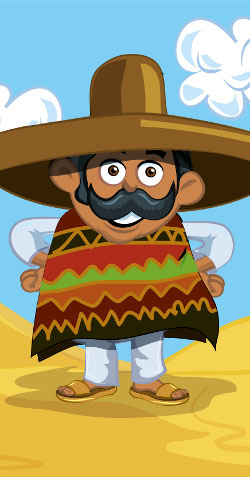 TOP Gear‘s Richard Hammond has apologised to Mexico in a clumsy Spanish-English hybrid that involved adding an ‘o’ to each word.

The unnervingly wide-eyed BBC mascot said he regretted his remarks that a Mexican car would be lazy and flatulent, but insisted it was simply his latest bid to become best friends with Jeremy Clarkson.

Earlier he had been accused of crude and offensive stereotyping by Mexican ambassador, Speedy Gonzalez.

Senor Gonzalez said: “I no like theese leetle man and hees tall friends with their meed-life crisees that goes on forever and ever.

He then asked Clarkson if he had done it right before barking excitedly until his colleague fed him a chocolate-covered treat.

Top Gear has also promised to make amends by ridding a poverty-stricken village of rough, mustachioed banditos with Hammond and James May on a donkey while Clarkson uses a Lamborghini MurciÃ©lago.

Meanwhile experts stressed that describing Mexicans as lazy was in itself lazy and that Hammond should have said a Mexican car would be full of cocaine and you would eventually find bits of it hanging from a bridge.