A MAN who hates identity politics is also really worried about his British identity being erased, it has been emerged.

Tom Booker is worried that the UK is ‘being overrun with foreigners diluting British culture’ but also thinks identity politics are for snowflake idiots.

He said: “As a proud British man, I have no idea why they’re all so obsessed with being gay or black or whatever.

“People are just so over-sensitive. Although if anyone says anything about the Queen I’ll punch them in the face.”

He added: “You can’t say anything anymore without someone pretending to take offence. The only genuinely offensive slur is ‘gammon’.”

Professor Henry Brubaker of the Institute for Studies said: “Anyone with any sort of opinion about this gammon thing should probably just kill themselves.

“I mean, if you’re going to just waste your life on trivial bullshit anyway you might as well.”

Stupid arse fly can't get out of wide-open patio door 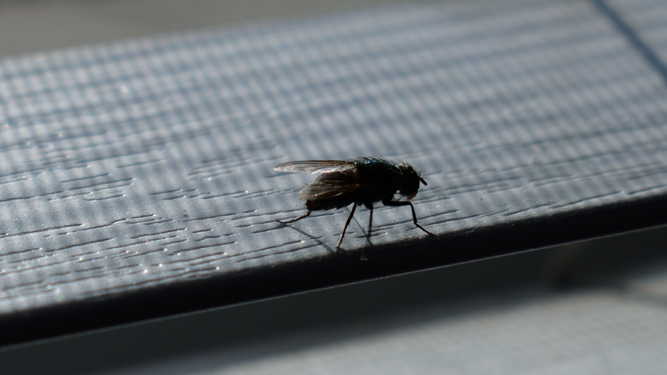 A FLY is somehow trapped in the living room of a house despite being guided towards an open patio door.

The bluebottle’s plans to buzz around in front of Homes Under the Hammer for a bit were thwarted when he realised he had no idea how to fly out of the house the way he came in.

Fly Stephen Malley said: “I can buzz around the edge of the frame no problem, but it is impossible to get out.  It’s hard than that really hard quiz show with Victoria Coren.

“Windows are the same. I can fly in them, around them but I cannot for the life of me get out.

“It doesn’t help that there’s someone hassling me with rolled-up Metro. I am trying to work out what’s glass and what’s air here! Give me some space, for Christ’s sake.

“I may as well stay here now and see how much that two-bed semi in Kent is worth.”