THE enduringly popular Victorian serial killer Jack the Ripper will light the Olympic flame, it has emerged.

Jack, who is still robust at over 100 years old because of black magic rituals, will carry the Olympic torch along the final leg of its journey while playfully brandishing a scalpel at the crowd.

Olympics boss Lord Coe said: Jack the Ripper is an iconic East London figure, and a record holder in his own way, albeit for murdering prostitutes rather than sport.

“And I think we can all identify with him. I mean, who hasnt thought about cleansing the streets of the filthy painted harlots who mock the Almighty with their bestial cavorting?

“Also he comes from an era when everything was gas lamps so he’s very confident around naked flames.”

The Olympic opening ceremony will culminate with Jack brutally eviscerating mascots Mandeville and Wenlock on a special platform painted with weird Masonic symbols.

A range of official Olympics Ripper Jack merchandise is now on sale, including dolls of Jack himself and his many victims, which come complete with removable internal organs.

Tourist Tom Booker said: Without Jack the Ripper we probably wouldn’t have the CSI franchises and other great police procedural television. He was the first really interesting murderer.

I just hope he respects the rights of the sponsors and doesn’t do anything controversial like wearing a Reebok top hat.” 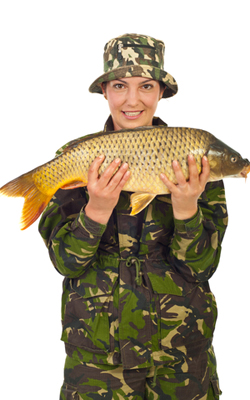 THOUSANDS of men have resumed their hobby of processing carp at man-made industrial carp holes.

The carp-processing season has begun again, allowing ill-tempered males to drag thousands of pounds’ worth of technology to big purpose-built ponds stuffed with fat, bored fish.

Stephen Malley, editor of Joyless Carp Processing Monthly magazine, said: “Carp processing is all about taking a lot of military-style bleeping things to a big hole that a businessman has filled with water, getting as many fish out of it as possible, then immediately putting them back in.

“It is important that the fish are big.

“Obviously it’s about getting away from your wife, but it’s also about being outdoors in a completely unnatural environment and having a severe facial expression.”

He said: “I actually use a robot, the Carpatron 9000, which is like a big hoover that sucks in the fish then spits them out again, with a ‘fish counter’ on its side. I don’t even have to get out of the car.

“It’s great, it’s absolutely no fun which is what carp processing is all about.”