A BOY who lost his shit because his mum gave him juice in the blue cup and not the green cup claims he is not in the slightest bit tired.

Two-year-old David Hollis later flew into a rage because his toast was the wrong way round and he did not want to wear a coat.

Hollis said: “I do not appreciate my genuine concerns being dismissed as just ‘tiredness’.

“Sure, I might have asked for the blue cup at the time of drink pouring, but I am perfectly within my rights to change my mind.

“I am not tired at all, I am just a kid who wants to drink from a green cup. In fact, the only thing I am tired of is people not listening to me.

“Well that and when they don’t let me play with the kitchen knives or they make me wear a stupid hat, the bastards.

“I feel so oppressed. I need to lie down.”

'What's the worst that can happen?' says owner of boa constrictor 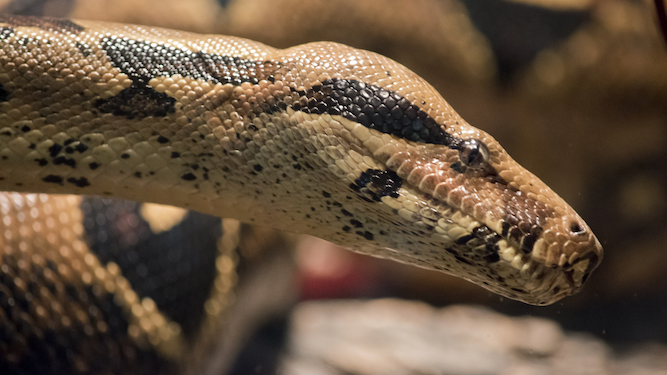 THE owner of an 11ft long killer snake can not foresee any situation where his beloved pet causes him or anyone else any problems.

Wayne Hayes has been keeping the gigantic reptile for four years and generally has a pretty good idea of where it is at any given moment.

He said: “Izzy’s no harm to anyone. He’s perfectly happy in his flimsy perspex vivarium designed for a much smaller snake.

“He recognises me and he’s really affectionate, gently coiling around my arm to show his love. Sometimes it’s hard to get him off!

“He’s like a son to me, a son capable of growing to 18 feet long who only sees mammals as food and acts entirely on predatory reflex. I think I’ll let him out tonight when I’ve had a drink.”

Friend Tom Logan said: “It’s a matter of when, not if, the snake eats him.

“At this stage we should really be trying to befriend the snake because Wayne does have a 55-inch telly and Sky Sports.”