TWO lesbians who kissed in a pub were offered a free bottle of white wine in a bid to crank things up a notch.

The women, on a first date, became intimate in a pub in central London, forcing the landlord to rearrange the lounge bar into a makeshift mini theatre.

As the kissing progressed, angry customers demanded the women be given free alcohol and plenty of room.

Tom Logan, who saw the whole thing, said: “I immediately complained that their glasses were almost empty and if we weren’t careful they would go somewhere else.

“I just came in for a quiet pint. I didn’t expect to see bar staff just standing there letting some impromptu girl-on-girl action slip through their fingers like a bunch of morons.

“I grabbed the landlord and said ‘how are they supposed to take their tops off if they’ve only had a half a pint of cider?’.

“‘You get some Chardonnay over there pronto or I’m calling the police’.”

Regular, Wayne Hayes, added: “Personally, I was disgusted. People wouldn’t get out of my way.

“I kept saying ‘you’re crowding them – let them lie down’ but everyone was shouting and I got stuck behind this really tall bloke.”

Dr Helen Archer, a sociologist at Reading University, said: “I suspect Britain is not as tolerant of lesbian privacy as we like to think it is. We could still be a decade away from attractive girls being able to explore each other’s soft, wet mouths without it causing a fuss.”

Meanwhile, landlord Bill McKay insisted that while some people would be shocked at his decision to intervene, it was his pub and he was brought up to believe there was something just right about two young women going at it hammer and tongs in a public place.

Giggs deserves knighthood for services to not behaving like a footballer 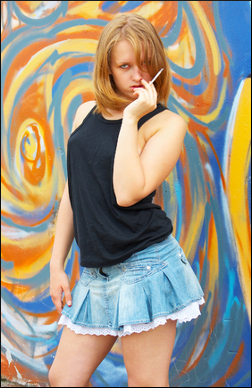 WAYNE Rooney has led calls for Ryan Giggs to be knighted for devoting 20 years to not behaving like a professional footballer.

The knee-faced striker believes it is only a matter of time before the winger receives the honour, assuming he can dodge the skanks and assault charges between now and his retirement.

Rooney said: “You only have to look at what Ryan’s done over the last 20 years to see he’s not an absolute legend in the world of pumping whores or getting drunk and kicking people in the face.

“He shows young lads that it really is possible to get paid a huge amount of money and not be a violent criminal or a sleazy pervert.”

Hobbs added: “He’s also resisted all that background arsehole radiation he was exposed to by being managed by Ferguson for 20 years.

“It turned Gary Neville into a mutant freak.”

He added: “Similarly, knighting a Welshman would be like putting a chimpanzee in charge of a busy restaurant kitchen.

“It’s all very engaging for us, but the poor creature hasn’t the faintest idea what’s happening to it.”