PEOPLE with a low alcohol tolerance have outlined the ways in which they plan to humiliate themselves over Christmas.

Office manager Donna Sheridan said: “I rarely drink, so after three glasses of wine at our company do I’ll start dancing manically on my own as if doing aerobics.

“I’ll only stop to hassle people who clearly don’t want to dance. Then I will go in the disabled toilet and start banging on the door for somebody to let me out even though it is unlocked.”

Accountant Tom Logan said: “I’m not used to alcohol, so when my uncle Jim persuades me to have some of his sloe gin I’ll drink it like Ribena then become an absolute basket case.

“All sorts of exaggerated nonsense will come out – how I’m basically cleverer than everyone else in the world and if I became an MP, I’d be prime minister within five years.”

Marketing consultant Stephen Malley said: “This year I don’t want to get wasted on mulled wine and chat people up with lines like ‘I’m not a photographer, but I can picture us together’.

“Instead when I’m drunk I will get a strange desire to go to a club on my own, resulting in wandering around pointlessly for hours and then paying £60 for a taxi home.”

Man considers going to bed at 2.30 in afternoon 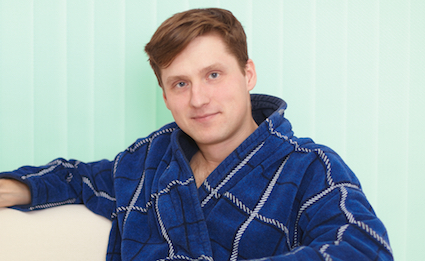 A MAN is toying with the idea of going to bed at half past two this afternoon.

Tom Booker has looked at the weather, realised it is already getting dark and the day holds nothing further in store.

Booker, from north London, said: “I’ve flicked around Freeview and realised it might as well be the 1960s when the only thing on was the test card, followed by a programme about Welsh agriculture.

“I considered going out, but the wind suddenly whistled up the outside drainpipe as if to say, ‘friend, do not do it’.

“I thought about transferring some frozen peas from one teacup to another, over and over until they thawed, but that requires a tremendous amount of concentration and it is a Sunday.

“Finally, I thought, be true to yourself and just go to bed.”

Booker revealed he was also going to change the bed linen and put on some clean pyjamas ‘to add a sense of occasion’.