LIVERPOOL yesterday marked the anniversary of the last full day the Beatles spent in the city before buying huge houses in Surrey.

It was on 10 July, 1964 that the Beatles returned from their first US tour to a rapturous Merseyside welcome, before pleading with manager Brian Epstein to get them the hell out of there.

After an open-top bus tour of the city, John Lennon and Ringo Starr completed the purchase of two huge mock-Tudor houses in Weybridge, while George Harrison snapped up a luxury bungalow in Esher.

Paul McCartney, meanwhile, opted for a town house in St John's Wood, refusing to live in Surrey until he was allowed to buy all of it.

The city's first Beatles Day featured 'Pacemaker' legend Gerry Marsden and a host of Liverpool rockers, all of whom were once brutally insulted by John Lennon.

Bill McKay, bass player with legendary skiffle band, The Whistling Kettles, said: "They were great days. John would come in, compare himself to Mozart and then call us a bunch of wankers. He was my best friend."

Billy Storm, lead singer of Billy Storm and the Umbrellas, added: "Paul was a lovely bloke too. He used to lend people money at a very reasonable rate of interest.

"But John had this special magic about him. Especially when he was shagging my girlfriend." 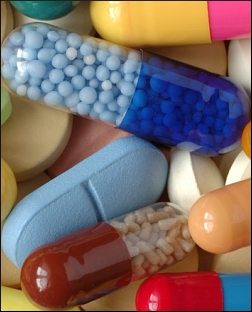 THE British government is in the grip of a chronic addiction to prescription painkillers, experts claimed last night.

Doctors said ministers were displaying a range of classic symptoms including forgetfulness, defensiveness, mood swings, hallucinations and lying through their teeth about car tax.

Professor Henry Brubaker, of the Institute for Studies, said: "Among the first things to go are basic cognitive skills such as numeracy, with the patient insisting that 18% is more than 44%.

"Then they may become confused, perhaps claiming that a 1.6 litre Ford Focus or a Vaxuhall Zafira is in fact a luxury 4×4.

"They may even compare themselves to great literary characters such as Inspector Morse, Scarlett O'Hara or the Count of Monte Cristo.

"If at any time they compare themselves to a deranged, violent dog-murderer from a Kate Bush song, you must strap them to a chair, hit them with a kettle and phone the fire brigade."

A government spokesman said: "Look, we're fine, okay? Why are you so interested anyway? So all of a sudden you care, do you? Well, FUCK YOU!"

The spokesman added: "Look, I'm really sorry about the 'fuck you' just now. I've not been feeling well. Must have eaten a dodgy prawn.

"Anyway, I don't suppose you could lend us fifty quid? IT'S NOT FOR DRUGS!"