I WERE sitting in Star of Bengal with Goughie, Warney and some other bloke who we ain't given nick-name to yet, when mobile goes off. It were chairman of selectors like, who said I'd made provisional England squad of 125. Time for a celebration, so it's lagers all round, and chilli eating competition: first one to collapse with anaphylactic shock's a big poof. Last 12 months have been, like proper difficult for me, what with injury problems and all other stuff that's happened. So what if I were hungover at net practice, and subsequently sick into Paul Collingwood's helmet while captaining England in Australia? So what if I had to be rescued by coastguard while drunk in charge of pedalo? 'Life's too short to worry about pissing in Alec Bedser's gin and tonic after sacking you as England captain', is what Sir Ian Botham once told me. Wise words.

Speaking of whom, I were in nets the other day when Beefy came by. "What the bloody hell are you up to fatty?". He’s dead funny like that, making up brilliant nick-names and stuff. "Practice is for losers, now hurry up and get your glad rags on, because we're going to get on it, big-time." Smashin'.

Woke up this morning in wheelie bin outside Yates' Wine Lodge, which is weird, because it's normally round back of All Bar One. All I can remember from previous night is Beefy ordering three Paul Masson California carafes for himself and then me being sick all over Kenny Lynch's shoes outside Chinese restaurant.

Papers were full of it today. All running same picture of me having breakfast in Wetherspoon's. 'Freddy's B-ender Career?', 'Flint-Not-off The Booze' and, of course, one in Daily Mail: 'Castration for Immigrants, Single Mothers And Slightly Overweight England All-Rounders.' Funny how they forget all positives, such as school fete I opened three weeks ago, the 14 runs I scored last Monday in a Lancashire Second XI game, and like, really, really difficult catch I nearly took in practice.

Time to relax, and there's nowt better than having a few pals over for barbecue. Everyone was there: Vaughny, Straussy (who's dead brainy like and reads books and magazines and stuff), Jimmy A, KP, Belly, Monty and Collingywoody. It were a proper blast – although it did go a bit Pete Tong when missus caught Richie Benaud double-dipping his celery in Three Mile Island dressing. I patted him on back and showed him door. 'Sorry lad – schoolboy error'. He's got a lot to learn.

Iran Kicks America In The Nuts 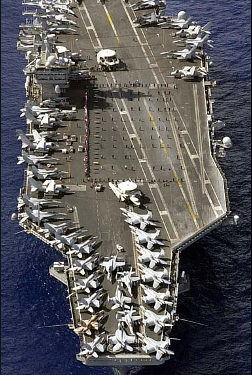 IRAN was last night reassessing its decision to walk up to America and kick it squarely in the nuts. Not in the nuts, for Christ's sake

Early yesterday the middle eastern country snuck up on the superpower, tapped it on the shoulder, applied a swift boot to the testicles and ran off.

But as America bent over double, clutching its groin, Iran and its friends were already questioning the wisdom of the crotch-based gesture of defiance.

According to diplomatic sources, Iran told Syria: "Did you see the size of that fucker? Shit. Shit, shit, shit. Yeah, this probably wasn't such a good idea after all."

One friend of the superpower said: "If there's one thing we know about America, love it or loathe it, you absolutely do not kick its balls."

"Now I'm not saying we'll come out of this unscathed, but I'll tell you what – it'll be the worst 20 minutes of Iran's fucking life."

It added: "Have you not seen Iraq? America's not perfect, but at least we've still got roads, hospitals and thousands of gigantic supermarkets full of people who don't live in their own shit.

"And Iraq didn't even kick us in the nuts."