London property only affordable to extraterrestrials

LONDON homes are being bought up by galactic emperors after becoming unaffordable to humans.

The capital’s rocketing property prices mean that even the saddest ex-council flat in an ‘up and coming’ area is now beyond the reach of a human oligarch.

Industry insiders say around 75% of London property is now sold to beings domiciled on other planets.

Grand Emperor K’taah, the giant ant-like dictator of a subterranean civilisation within a distant unnamed moon, said: “London is the most vibrant of your cities, yet even with my fabulous hoard of cosmic gems I was only able to afford a studio flat in Acton.

“Frankly there is hardly enough room to swing a moon-suckler, or equivalent Earth pet.”

He added: “I have come to your planet to mate with Earth women. Also I am laying down the early groundwork for a buy-to-let invasion.”

“They have different priorities, for example vast egg underground chambers for the incubation of their drone warrior offspring.

“Other space clients are requesting slime-proof flooring or bespoke air conditioning that mimics the atmosphere of Jupiter.” 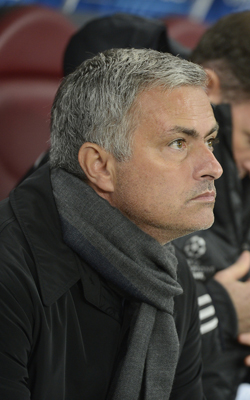 JOSE Mourinho has blasted the FA after a referee made him breathe the same dirty air as fans of Chelsea FC.

The manager was sent off during Saturday’s game against Cardiff and had to stand next to Home Counties residents who ate cheese and onion crisps while sputtering their ignorance all over his nice cashmere coat.

Mourinho said: “First, I did not deserve a red card. Second, if I ever again receive a red card I shall demand the Shed End is emptied of fans before I go and stand in it.

“Inter Milan’s Ultras may be violent fascists, but they dress very stylishly and their vocabulary encompasses more than just ‘Oi oi oi.’

“Truly, the subhumans I had the misfortune to spend 25 minutes with are the scum dé la scum of footballing society.

“Though it has helped me to understand John Terry.”

The manager has since approached Chelsea owner Roman Abramovich with a proposal to spend £200 million buying the fans of Leeds United.