Mail Online journalist writing about a 'baby mama' had dreams once

THE writer of a Mail Online story about a ‘baby mama’ has said she once had dreams of doing something worthwhile.

38-year-old Emma Bradford reflected on her existence after filing a story about an American reality TV cast member’s pregnant girlfriend.

In an accompanying photo the ‘baby mama’ is depicted eating an ice cream that is described as a ‘sweet treat’.

She said: “Although I wrote that story two minutes ago I can’t remember exactly who or what it was about. I only remember typing the phrase ‘baby mama’.

Bradford continued: “I was good at English at school. The teachers really liked my stories and said one day I might write a book.

“I remember having lots of ideas for books, wonderful books full of humanity and meaning.

“Books that didn’t feature the phrase ‘baby mama’. Or ‘side boob’.

“But the past, as they say, is another country.”

She added: “This office is three stories up. If I jumped out of the window, would it be fatal? Or do I need to go up on the roof?”

Prehistoric man worried about getting on 'cave ladder' 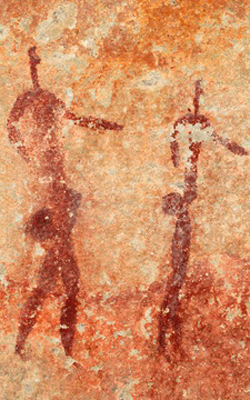 OUR ancestors worried about the cave market and borrowed pelts to buy their dwellings, according to archaeologists.

An archaeological dig in Hampshire has revealed that early humans were obsessed with owning their underground shelters from the elements.

Early property-themed art shows prehistoric humans living with their parents until the age of 20, which given their life expectancy, was the equivalent of being in their late 50s.

One depicts a cave couple who had clearly spent too much on their cave during a cave boom, and were having to move their rudimentary tools and bedding into a bush in an undesirable forest location.

We see them make cuts to their budget by eating nuts and berries while all the other cave people are tucking into mammoth steaks and drink cloudy, fermented vegetable juice.

Finch Hatton said early mans property problems also included an obsessive desire to increase the value of their caves by digging several holes in the ground to serve as additional bathrooms and utility rooms.

He added: One of the most intriguing paintings shows an attractive female shaman showing couples more expensive caves away from flood plains and sabre-toothed tigers.

Interestingly, similar digs in Europe show that continental cave people didnt get so hung up about it and just rented a cave.