Co-worker accused of not being 'fun'

SALES administrator Tom Booker failed to show enthusiasm during a works outing, it has been claimed.

Colleagues claim 24 year-old Booker looked ‘pissed off’ during a visit to an 80s-themed club night and did not even dance to Love Shack by the B-52s.

Booker’s line manager Nikki Hollis said: “At one point I dragged him onto the dancefloor, he shuffled about half-heartedly then made some excuse about needing the toilet.

“Later we spent 20 minutes scouring the club for him, only to find he’d left without saying goodbye. What sort of person doesn’t like having a laugh?

However Booker refuted the claims, adding: “It was okay for a bit, but then I got tired.”

Booker’s colleague Emma Bradford said: “The tunes were mint. They played Danger Zone out of Top Gun and then Take on Me at the end of the night.

“Apparently it wasn’t good enough for him. Who the fuck does he think he is? Prince Charles?

“I say we kill him and pretend he tripped over a bin.”

94 per cent of DJs called Lee 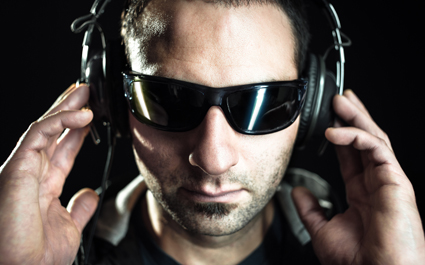 NEARLY all DJs are called Lee, it has emerged.

Professor Henry Brubaker of the Institute for Studies said: “We surveyed disc jockeys in clubs, bars and on local radio. Mostly they are blokes called Lee, although some of them are women called Lee.

“I’m more into birds, cocaine and making pointing gestures in the air.”

Professor Brubaker said: “It’s hard to define what they have in common but there’s definitely a ‘Lee-ness’ about them.”

DJ Lee ‘Lee-Lee’ Lee has been described as the UK’s Lee-est DJ. He said: “It’s a versatile DJ name, it fits whether you’re playing deep house at a rave or spinning chart anthems to chubby hen parties munted on Jager bombs.

“My kids and my dogs are all called Lee too.”