Man furious after imaginary argument based on unlikely situation

A MAN has been left furious after imagining a confrontation he might have if a hotel room was disappointing.

Roy Hobbs has booked a room at The Acorns in Dorset for a weekend with his wife, but is now angry after thinking up things that could go wrong and how he would stand up to management if they did.

Hobbs said: “I can see myself kicking off if the telly doesn’t have all advertised channels.

“They might possibly make some excuse like ‘the ariel’s down because of a storm’, then I’ll remind them that I’m paying for a  TV, so they can provide that or compensate me.

“If they refused, or made excuses, I would throw a chair at the air conditioning unit.”

He added: “That said, we’ve stayed there four times now and it’s always been very good.”

Hobb’s wife Jenny said: “He’s always thinking up hypothetical arguments and describing how they would play out.

“They are often about his work or public transport, but there was one where he was on a space station and a fellow astronaut had eaten all the powdered ice cream.

“If that happened, he wouldn’t have it.”

What sort of Brexit are you? 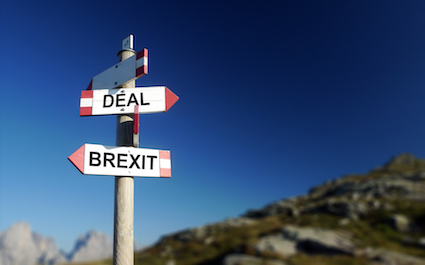 DO YOU want a hard Brexit, a soft Brexit, or a mega Brexit with extra mushrooms? Take our quiz to find out.

Should the UK remain a member of the single market?

What controls should there be on free movement?

Is it important to remain part of the European Customs Union?

How should the UK enforce its border with Ireland?

Where would you envisage the UK’s economy being in two years?

What role should Nigel Farage have in the post-Brexit government?

Mostly 1s – Oh dear, you want a soft Brexit. Don’t you realise that wasn’t the unspoken and unverified will of the British people?

Mostly 2s – You want your Brexit soaked in vinegar overnight and baked in the oven for three hours.