A MAN in an uncharacteristically buoyant mood is unable to tell his colleagues it is due to having scored two grams of cocaine for the weekend.

Systems engineer Nathan Muir, usually known for his foul temper in the workplace, has blamed his high spirits on the sun shining, his upcoming holiday and some new Marvel shit being announced.

He said: “When Ellie in the office caught me whistling, I had to claim I was excited to finally get that shed built, not because I was gonna be snorting yayo in an illegal dubstep club until 5am.

“And when I exclaimed ‘Shit yeah, I forgot about that,’ to myself when I thought I was alone in the toilets, I told my boss it was his malfunctioning email server that had come to mind, not that ‘Milky Pete’ was bringing a bag of Es.”

On Monday, Muir intends to explain his constant sniffles and short fuse on having picked up a cold which will cause him to leave work early.

Celebrities you like all dying because you’re getting old, say experts 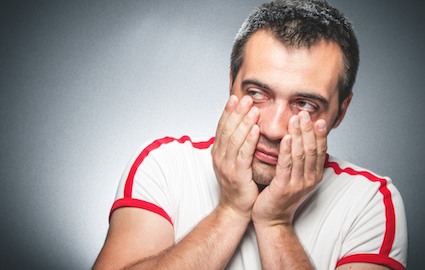 THIS year’s spate of celebrity deaths is because you, and all the famous people you like, are getting old, experts have confirmed.

The Institute for Studies stressed the deaths were not caused by a mysterious celebrity plague, but by their advanced age which, for their fans, is likely only one generation ahead.

Professor Henry Brubaker said: “Celebrities died in the 1980s as well, you know.

“But they were people like Rock Hudson and Rita Hayworth, and because you’d never heard of them you changed the channel and ignored your parents’ realisation of their own mortality.

“Where were you when Bobby Moore died in 1993? Probably listening to trip-hop, unconcerned unless death took someone your own age like River Phoenix.”

He added: “I’m afraid that not only do all celebrities die, but so do all non-celebrities. Think of this as a way of preparing yourself.”

19-year-old Eleanor Shaw said: “God, all these old people still moaning on about Bowie. Why can’t they be into stars like Jennifer Lawrence and Taylor Swift who are, like me, immortal?”