In an extensive annual re-fit, the King George in Swindon has swapped Premier League banners with the flags of the home nations and barred all its regulars for the month.

Landlord Stephen Malley said: “For the next few weeks we’re going to be attracting a much better class of boorish lout. Many of them will be called ‘Ollie’.

“The place will be awash with salmon-coloured trousers, desperately immature songs and posh young women who are every bit as annoying as their ghastly boyfriends.”

He added: “They’ll still get horribly pissed and vomit all over the toilet floor, but it’ll be a better educated vomit that’s programmed to say ‘please’ and ‘thank you’ even if it doesn’t really mean it.”

Rugby fan Martin Bishop said: “It’s so nice of the football fans to make way, but it will also give them an opportunity to improve themselves.”

Man is being arbitrarily detained at Argos, UN rules 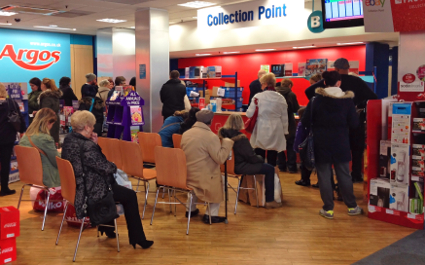 A MAN who has been waiting for his Argos purchase for more than 15 minutes is being detained in violation of his human rights, the UN has ruled.

Tom Logan was given his ticket for a Nespresso coffee machine at 9.46am, but is still confined within the store at 10.02am with no end to his ordeal in sight.

He said: “This is like what happened to Aung San Suu Kyi in Myamar.

“Outside, just feet away, people are walking around freely. Even in here they’re getting their ticket and leaving with their goods while I stay trapped, and two of them were behind me in the queue.

“They say I’m free to leave whenever I like, but that’s a £69.95 machine I’d be leaving behind so I’ve been left with no choice whatsoever.

A UN spokesman said: “He can’t even compensate himself by stealing the little pens anymore, because they’ve replaced them all with iPads.”