A MAN is oddly proud of himself after eating three reduced priced Easter Eggs in just over an hour.

Tom Logan bought the discounted eggs, which nobody wants now because it’s not Easter any more, with the vague intention of giving them to his nieces and nephews.

However he decided to eat all three of them instead.

Logan said: “Only cost me three quid for the lot and I got a free Toffee Crisp mug as well.

“Which is great as now every time I have a cup of tea out of it it’ll remind me of the time I ate all this chocolate and then lay on the sofa for an hour, teetering on the edge of vomiting.

“But also feeling like I’ve finally done something amazing in my life.”

Fellow chocolate fiend Emma Bradford added, “I don’t see the point in a Toffee Crisp mug. Why not make it out of chocolate instead of china?”

“Oh yeah, it’d melt. It’d be fucking brilliant until it did though.” 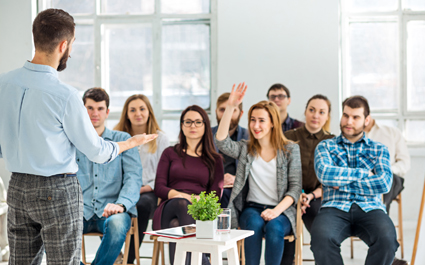 THE DIRECTOR of a mid-level marketing firm has demanded his team ‘get granular’ but won’t explain what that means.

Roy Hobbs, the 26-year-old grandson of the firm’s founder, said: “In order to increase revenue, we need to get granular with clients. Very granular.

“Granularity will now be factored into your performance reviews. So you should be constantly thinking about how granular you are.”

When asking to define granularity, Hobbs emptied a packet of sugar on the conference table.

He added: “You’re the sugar and the client is the table. Got it?

“Of course if you refuse to get granular, you may not have a future here.”