A WOMAN has apparently taken it upon herself to find the most inappropriate places possible to take a baby, it has been confirmed.

Helen Archer said: “I really just think there’s not enough research in this field and I’ve taken it upon myself to find out.”

“I just don’t know if I can get away with taking my baby to places I previously loved going to – like a busy high street Costa, the silent section of the library, or Propaganda for two-for-one glitterbombs on Fridays.

“I know my baby would be pretty embarrassed if he found out that he was impeding on my social life, or missed out on seeing Kanye at the O2 just because he’s not capable of holding his own head up yet. 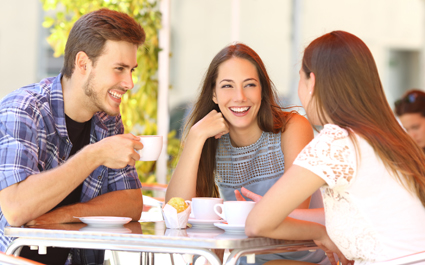 A GROUP of friends are considering murdering a couple who keep going on about their slow internet connection.

Nikki and Mark Hollis have been moaning incessantly about their broadband since moving to the countryside a year ago, causing friends to contemplate a variety of killing methods.

“When they do get online they just post messages like ‘Anyone else’s broadband slow today?’. Unfortunately we’ve reached the limit of human tolerance and may now have to kill them.

“They’re our friends so I’d prefer to make it painless. I favour a contract killer with a high-velocity rifle, although my partner Jessica is prepared to do it herself with an axe.”

Fellow friend Emma Bradford said: “Yesterday Nikki told me for the trillionth time that the superfast fibre optic broadband they had in the city was “phenomenal”.

“I don’t think they’re ever going to stop droning on about broadband so it’s probably best to put them out of their misery. It’s sad but I can’t face another conversation about it taking ages to open a PDF file.

“Murder seems pretty straightforward according to Cluedo, so I’m currently deciding between a revolver and a lead pipe in their home office.”