THE Twitter experiment by Greater Manchester police failed last night after officers were unable to add a third word to their tweets.

Thousands of Twitter followers, keen to gain an insight into the daily life of one of Britain’s biggest forces, were left disappointed after hundreds of abrupt, non-specific posts including ‘bad thing’, ‘thing stoled’ and ‘car hurt’.

There were also more than 2000 tweets saying ‘reasonable force’ and ‘probably darkies’.

The project was designed to highlight the duties performed by police that are not reflected in official statistics, such as using a riot van to help move a friend’s sofa or tasering each other for a bet.

Chief constable Peter Fahy, who has been able to string together up to five words for over a year, said the exercise now highlighted the danger of cutting police adult literacy budgets.

But so far the initiative has failed to convince ministers, with one senior Home Office source comparing Manchester policing to ‘installing a burglar alarm on a dungheap’.

Wayne Hayes, a Trafford-based criminal who specialises in being caught, said: “It was quite humiliating, having a copper beat me with a length of garden hose with one hand and typing the word ‘fuckface’ into his Blackberry with the other.” 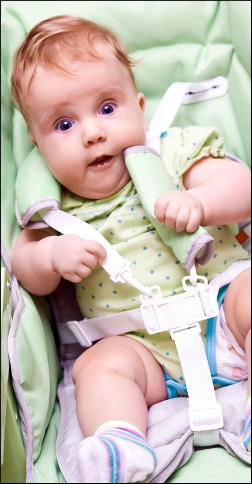 THE Radio One breakfast show is to be hosted by a six month old baby, the BBC has confirmed.

Corporation executives wanted to replace current presenter Chris Moyles with someone younger, but have taken almost a year to find a candidate who did not make the veteran DJ seem like an idiot foetus.

A BBC spokesman said: “We brought in some people in their twenties, but they were far, far, far, far more emotionally and intellectually mature than Chris Moyles. They may as well have been in their mid-seventies.

“So then we auditioned some teenagers who do nothing but sit around all day playing Grand Theft Auto and fiddling with their genitals. But again, they had so much intelligence and wisdom compared to Chris Moyles. It was as if they were a different species.

“Then we tried a 10 year-old boy who picks his arse and then eats it and likes to torture bees. He told us that amongst his age group, Chris Moyles is regarded as pathetically asinine.

“We then went through a series of progressively younger children, all to no avail. There was a two year-old who seemed to have a similar sense of humour to Chris Moyles, but unfortunately she was nowhere near as self-absorbed and petulant.

“Anyway, last week we finally cracked it. Jack has just turned six months old and loves wallowing in his own faeces and is tremendously amused by his feet.

“His presenting style involves hitting the microphone over and over and over again, screaming at the top of his lungs for no reason whatsoever and then enthusiastically shitting himself.

“Developmentally we reckon he’s about 20 minutes behind Chris Moyles. So, mission accomplished.”

Moyles will leave the BBC at end of the month and is expected to become the new director of programmes at Channel Four.