Membership of doomsday cults up 8,000 percent

DOOMSDAY cults have seen a huge rise in new members over the last six months, it has emerged.

Cults claiming they will protect people when the End of Days arrives have confirmed they are finding it hard to handle the influx of new members.

Julian Cook, who runs a medium-sized doomsday cult in Peterborough, said: “The numbers have gone through the roof. I might even have to anoint some sort of doomsday secretary to deal with all the extra paper work.

“Usually we only get the poor, unstable and misguided joining us, but lately we’ve been getting school teachers, designers, engineers, all kinds.

“Couple of famous footballers too. Naming no names, but one of them rhymes with ‘Lank Frampard’.”

Mary Fisher, a new member of Stevenage and Hatfield Doomsday Cult, added: “I was either going to join a gym, a doomsday cult or the Lib Dems. This feels like the right choice.”

Middle class man too scared to pronounce 'croissant' in public 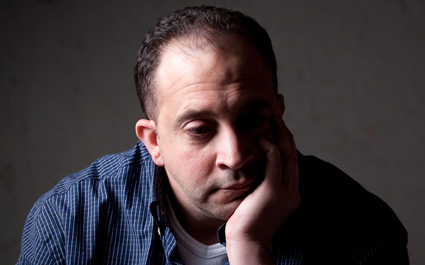 A MIDDLE class man is too scared to ask for a croissant in a crowded café in case other middle class people make fun of his pronunciation.

Martin Bishop, from Crouch End, has eaten hundreds of croissants in his life but has always avoided saying the word out loud in case he is mocked by people who think they are more cosmopolitan than he is.

Bishop said: “As a middle class man it’s pretty much mandatory that I am able pronounce it, but I live in fear of revealing I only got a D in GCSE French and have never summered on the Côte d’Azur, which I also can’t pronounce.

“Is it ‘crosson’ or ‘cwasson’? Does pronouncing the ‘t’ at the end indicate I am an uneducated cretin or suggest to impressed listeners that I’m using the regional dialect of Aquitaine?

“And how much accent should I use? Too little sounds like I passive-aggressively hate the French and too much makes me seem like the stupid policeman from ‘Allo ‘Allo.

“This may sound like a first world problem, but my friends are such superficial bastards that they’d disown me.

“We all remember what happened to Emma when she tried to say ‘chipotle’.”