WORKERS are being coerced into joining complex and tedious fantasy football games.

And so it begins

The office leagues, which purport to be a bit of a laugh but are more competitive than the real thing, are currently recruiting anyone unwary enough to say they “quite like football”.

Risk manager Stephen Malley said: Its all fun and games until youve handed over your £20.

Then you realise that youve paid real money to engage in a complicated mathematical exercise, ending up with a team full of unknown players because they were the right price.

The blokes running it turn out to be the worst bastards in existence, keeping all the transfer windows to themselves and always winning because theyve entered 20 teams each.

Its like being forced to play the stock market by people you hate.

Bill McKay of Lincoln said: The best bit is picking your team name, and believe me you regret that when you see Bottomham Hotstuds at the arse end of the table week after week.

Im a United fan, but I actually found myself angry whenever Persie scored last season because I knew the moron who ran the league had him on his team.

I hate everything about football now. The only sport I can bear to follow is bowls.

Government weighing up pros and cons of ebola virus 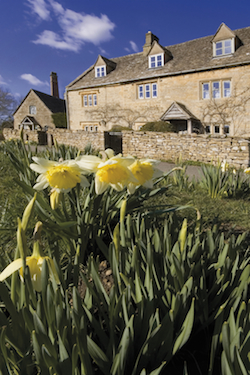 DAVID Cameron has set up a Cabinet committee to decide if ebola is a bad thing.

The prime minister urged people not to panic and stressed that viruses like ebola are exotic and intriguing.

He said: Its all too easy to demonise a virus that melts your insides.

Mr Cameron said the government would set up a large, interactive map which would chart the spread of the disease and make it much easier to spot any interesting clusters.

He added: Lets give it a month.

Professor Henry Brubaker, from the Institute for Studies, said: Viruses tend to spread quicker in areas of high population density and sub-standard housing conditions. They tend to affect the sort of people who have poor nutrition, compromised immune systems and have yet to notice an increase in their spending power, despite Britains robust economic growth.

So, you know, wash your hands.

Downing Street said the ebola committee will be made-up of chancellor George Osborne and the hunched maniac who brings him his cheeseburgers.