PEOPLE who moan are far less annoying than those who boast, it has been claimed.

Researchers at the Institute for Studies found that although boasting is now socially acceptable, it is far more irritating and deceitful than an honest rant.

Professor Henry Brubaker said: “Somehow it’s fine to post photos of a luxury holiday with captions like ‘lovin’ the beach vibe’ or to tell relative strangers how much you earn in your shitty marketing job.

“But if you’re honest about your life being a sequence of petty frustrations and sexual failures, people find it ‘challenging’ or ‘negative’.

“It’s bullshit because people who boast are shallow idiots who disguise their vanity with a thin veneer of contentment and vague notions of universal love. Everyone knows that life is mostly shite.”

Assistant sales manager Emma Bradford said: “When I go to the pub now, my friends are either boasting or playing with their phones while they wait for their turn to brag. It’s like being with people on cocaine except that’s just normal behaviour now.

“Am I the only person who fucking hates their job and thinks modern pop festivals are bleak corporate cash cows? 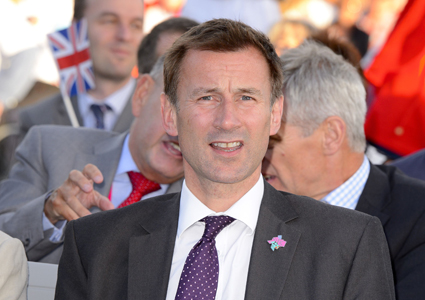 THE health secretary has wept for all the patients left to suffer ingrowing toenails by the selfishness of junior doctors.

Jeremy Hunt, who only entered politics because he wanted to help the downtrodden, says he cannot hold back his tears at the thought of the squints that will not be corrected over the next 48 hours.

He said: “Look at the warts on this woman’s chin, and tell me what those monsters are doing is just.

“This is why I became a Conservative MP,  to make a difference to the woman with varicose veins sick of wearing leggings but who only wants an operation on a Saturday or Sunday to fit in with her busy lifestyle.

“I haven’t cried like this since News Corporation were forced to withdraw their takeover of BSkyB, once again punishing the little man.”

Hunt has promised he will not rest until all junior doctors are working in private healthcare and minor operations are available at patients’ convenience for fees of £500 upwards.