Mob seeks new thing to be angry about

ENRAGED people may be forced to return to their slightly depressing lives unless they can find a new cause, it has emerged.

The angry mob, who had been shouting a lot outside a building they believed was the site of a trial but was actually the remains of a Courts Furniture Superstore, have been enjoying being definitely the goodies for once.

Mob member Tom Logan said: “I’m not saying I like it when awful things happen, but it does sort of make things reassuringly simple.

“It’s nice when we’re all agreed on something for a change.

“Looking around at the other mob members, I’m fairly certain I have in the past hit several of them with big bits of wood while drunk. Yet here we all are, united by our common humanity.”

He added: “Being in an angry mob is a really good social experience. I’ve swapped email addresses with other mob members and we will definitely stay in touch.

“But I don’t think our current cause will last forever. And if we don’t figure out a new one soon it’ll be back to standing outside Wetherspoons in the afternoon while looking menacing.”

Mob veteran, Bill McKay, said: “Apparently someone called Darth Vader is building something called a Death Star. And he thinks he can get away with it just because he’s a fictional character.

“So we could go and shout at that, in outer space.”

He added: “Regardless of whether you think it’s a good idea to spend your afternoons yelling ‘string him up by the balls’ while burning down a paediatrician’s house, at least we have the courage of our our convictions.” 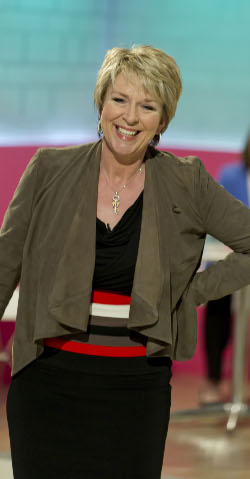 AS the Fukushima nuclear power station teeters on the brink of a catastrophic meltdown, someone has pointed out that it looks a bit like Fern Britton.

Helen Archer, a housewife from Stevenage, said she was looking at a satellite photo of the plant on the internet when she was struck by its resemblance to the daytime TV presenter and gastric band wrestler.

Archer revealed: “I said to my husband, ‘that massive nuclear power station in Japan that won’t stop exploding looks a bit like Fern Britton, doesn’t it?’.

“And he said ‘yes, it does’ and so I took a picture of the photograph with my phone and put it on the internet.

“Next thing I know it’s been retweeted by Natasha Kaplinsky and now everybody is using up part of their life to talk about it.”

Meanwhile even the engineers battling the steadily worsening crisis
at the tsunami-hit plant have been struck by the Fern Britton-ness of
their insanely dangerous workplace.

But his colleague Ito Hotoshi said: “I think it looks more like Lorraine Kelly.”

Fukushima is the latest building that obviously looks like a famous person. A Tesco Metro in Finsbury Park has been listed thanks to its similarity to Princess Anne, a former council house in Peterborough was transformed into Ernie Wise after the addition of a conservatory and last month a pro-choice atheist spent two hours arguing with a derelict church full of horse manure after mistaking it for Anne Widdecombe.