THE driver of a mobile library is playing the chimes of an ice-cream van on his rounds as the perfect way to upset children, he has confirmed.

Librarian Roy Hobbs of Ludlow admitted he loves seeing kids stream out of their homes only to be faced with a selection of large-print Martina Cole novels.

He said: “It’s the disappointment on their little faces.

“They rush to the back of the van clutching their fivers and get offered a choice of Martin Amis, Ruth Rendell or the later work of Stephen King, and they just crumple up into tears.

“Occasionally I dip Bleak House into hundreds and thousands or stick a flake into some Will Self short stories, just to make it that bit crueller.”

Hobbs added: “It’s for their own good really, because books are better for you than ice-cream. 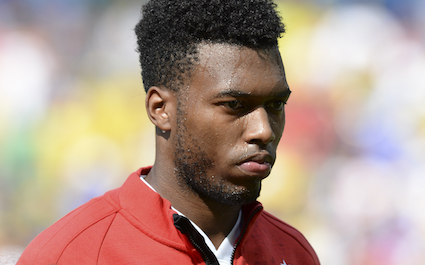 DANIEL Sturridge has confirmed he is fit and ready to fall to bits.

As Euro 2016 gets under way, the Liverpool striker hopes to follow in the crutch-steps of former England players that have managed to snap something important when it is too late to replace them.

Sturridge said: “I’m in the most breakable condition of my life.

“Timing is everything for this but I’ve been working closely with the England physios and I reckon I can get my whole foot to fall off within the first three minutes of our opening game against Russia.”

Sturridge booked his place in the England squad after impressing Hodgson with a string of superb performances for Liverpool punctuated by a collection of X-rays the size of a phone book.

Pundits feel it could be a big tournament for a number of England players, with Marcus Rashford pipped to be “promising youngster who doesn’t kick a ball”, Harry Kane as “the only decent one” and John Stones as “the one who fucks it all up by hoofing it into his own net”.