Most hoarders just doing it to get on telly

PEOPLE who pile up old shit in their homes mostly do it just for the TV exposure.

The Institute for Studies found that 87% of hoarders were filling their houses with rancid old junk because it was easier than learning to sing or writing a book.

Hoarder Nathan Muir said: I’m desperate for fame, and at any one time there are a minimum of nine hoarding-based documentary series on UK television.

“Two weeks after filling my living room with unwashed tin cans and piles of old newspapers, I’d been on nine terrestrial TV channels and had consoling hugs from a bevy of attractive female presenters.

There are lots of hoarders out there right now but I’m the only one with an electric sewing machine in the bath, that’s what sets me apart.”

He added: “I’m in talks to star in a hoarding-based romantic comedy with Jennifer Aniston called My Rubbish Valentine.”

Tom Booker the UK’s top hoarder agent: “I still haven’t got enough hoarders to satiate the massive demand from producers of low-rent documentaries.

“Anyone who wants to be on telly, just buy a load of old batteries and newspapers then call me.” 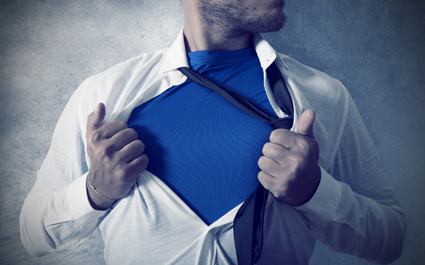 THE new Superman film updates the main character as a mentally ill man who is mistakenly convinced he can fly.

“He starts sleeping in shop doorways and telling strangers he’s from an imaginary planet where Marlon Brando is his dad.

“Eventually he tries to fly by jumping off a fire escape, and breaks his hip in four places.”