New dog realises he is there to make or break relationship

A NEWLY adopted dog is realising he has been brought in to prevent a break-up.

Five-year-old Bobby was thrilled to be rehomed by Martin Bishop and Nikki Hollis, but has quickly found himself at the centre of a ‘passive-aggressive nightmare’.

He said: “I’ve only been here a week and the atmosphere is, shall we say, a tad awkward.

“He keeps saying that I like him more because he works from home, and she keeps feeding me loads of treats when he’s out of the room. It’s doing my head in.”

The couple have kept up their relationship-boosting walks with Bobby, although these are increasingly marred by uncomfortable silences or terse exchanges about whose turn it is to pick up the excrement.

Meanwhile, both are using social media to paint a picture of domestic harmony, posting daily pictures tagged as #happyfamily and #furrybaby.

Bobby added: “It is so fucked up.”

Utter lunatics taking their kids to a festival 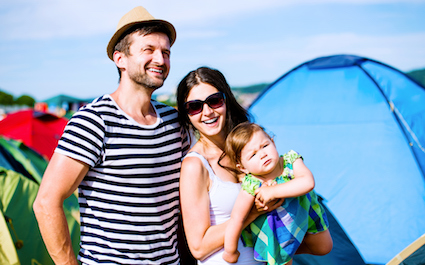 A PAIR of deranged maniacs are going to take their children to a music festival while their friends stand back and let them.

Nathan and Hannah Muir are dragging their two and five-year-old children to Festival No. 6 in September, ignoring the obvious truth that it will be a disaster no-one will enjoy in any way.

Friend Eleanor Shaw said: “They said they’d booked a family ticket and I just nodded dumbly, rather than saying ‘Wow, that’s the most cretinous idea ever. What’s wrong with you?’

“Their plan is to attend the kid-friendly stuff in the day, which they’ll hate, and then take the kids along at night which the kids will scream and cry at until they get carried home.

“And the absolute freaks are camping and somehow seem to think they’ll do shifts partying and babysitting which is hilarious coming from two of the most selfish pricks I’ve ever met.

“They will ruin it for themselves, ruin festivals forever for their children, ruin the good time of anyone near them, and they told me this smiling as if they were geniuses of parental cool.”

Shaw added: “They were like ‘Isn’t that great?’ and I said ‘Yeah, you’ll have an amazing time.’”