WELL-GROOMED young women who do not take drugs are pretending to be excited about attending Glastonbury Festival.

The conventional, upbeat women are focusing on the practicalities of the weekend, like whether to bring an inflatable pillow, to avoid considering the hellish reality of survival in a massive ditch full of caners.

Sixth-former Nikki Hollis said: “Apart from living like an animal and hating all the acts, this is going to be the best weekend of my life.

“Obviously everyone else will be talking disjointed drug shit while I sit and watch, but I don’t mind. I’ll just think about my nice clean duvet and food that hasn’t been made by dirty hippies in a van.”

Meanwhile, student Joanna Kramer said: “My friend Charlotte said she wouldn’t mind not washing her hair for a few days, which was clearly a lie because she owns a bottle of conditioner that cost £95.

“It’s a conspiracy of silence.”

Jury asked if it could find Coulson ‘ultra-guilty’ 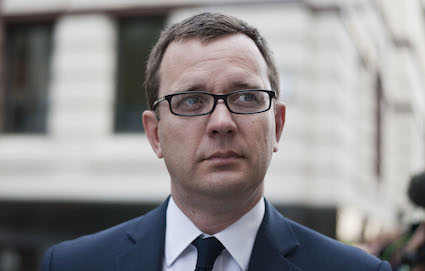 ANDY Coulson’s completely obvious involvement in phone hacking prompted his trial jury to ask if they could find him more than guilty.

The former chief stalker at the News of the World was found guilty of conspiring to intercept phone messages after the judge turned down requests to find him ‘super-guilty’, ‘ultra-guilty’ and ‘so-fucking-guilty’.

After resigning from the tabloid, Coulson became David Cameron’s spin doctor because the Tory leader liked his dodgy face and his experience of working for an organisation that feasted on human souls.

A Downing Street spokesman said: “The prime minister is profoundly sorry that Andy got caught.”

Meanwhile, the jury found Rebekah Brooks not guilty of phone hacking when she was News of the World editor, prompting experts to conclude that she must have been rubbish at her job.

Brooks and her husband Charlie are now expected to launch a line of hand-stitched leather folders for concealing high-quality lesbian erotica.