'No shortages at my Tesco': The moron's guide to cherry-picking evidence

SUPPLY chain problems continue, but there’s no shortage of morons determined to prove they’re right. Here’s how to carefully pick your evidence…

My supermarket didn’t have empty shelves

Brexiters think this is an irrefutable argument, based on the mindbogglingly thick assumption that everyone’s experience is the same as theirs. Luckily it’s not, or we’d all be driving a white van while obsessing about the bastard French.

Shortages have some implausible other cause

If you don’t like the probable cause of shortages, eg. Brexit is making other problems worse, pull something out of your arse. The lack of apples in Sainsbury’s is due to unexpectedly high levels of scrumping this year. Probably.

A certain type of Remainer would like things to get very bad, even if it means having Cup A Soup for Christmas dinner. Although after five years of listening to Brexiters’ drivel, a nihilistic desire for self-harming revenge is probably a normal, healthy reaction.

The internet is a totally reliable source of information

Twitter provides photographic evidence of both shortages and an abundance of goods, if you’re too dense to grasp the concept of ‘not typical’. Pro-tip: anyone can put any picture on the internet. Some of those pictures of people about to be eaten by the same giant shark might not be real.

There are shortages in other places

True, including global shortages. But what’s the actual cause of ours? Don’t expect an answer because that would mean Brexiters doing some research rather than triumphantly saying everything’s fine because they’ve got the same problems in Yemen.

Christmas isn’t about having a particular type of turkey or must-have toys, according to commentator/troll Isabel Oakeshott. Leavers love this infuriating non-logic, which is like saying: ‘Sorry you lost your job, but at least you haven’t been horribly burned too.’

Going for a run, and four other ways office pricks spend their lunch break 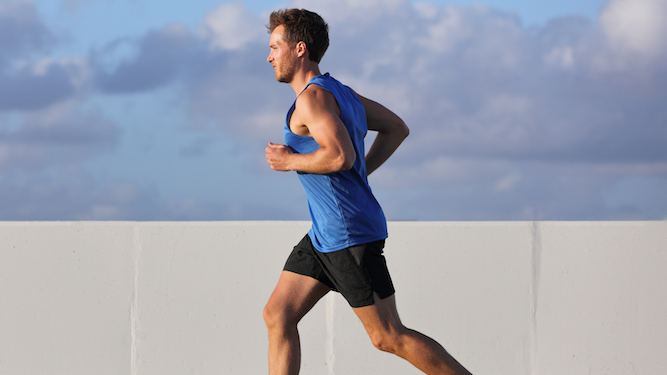 LOOKING to make everyone else in your office resent you for making them feel like a lazy bastard? Try these lunchtime activities.

Spending your lunch break ‘upskilling’ using some course in digital marketing from the Open University will make your colleagues regard you as a mega-twat. Rather than sitting around chatting about how much you hate your job, you’re trying to do something about it. Expect to be treated with contempt.

Going for a run

Nothing will make your colleagues resent you more than if you suddenly appear in shorts with your phone strapped to your arm to announce that you’re ‘Just going for a quick 10k’. They’ll enjoy the rest of their lunch break discussing what a smug tosser you are.

While helping the vulnerable in society is a fantastic thing to do, announcing that you’re going to help out at a soup kitchen will make everyone else sitting at their desks eating crisps feel like slovenly bellends. Save the world on your own time, okay?

Some people want more from their lunch break than to sit at their desk for 60 minutes grimly working through a supermarket meal deal. If you instead break out some knitting needles and make yourself a jumper, prepare for everyone simply browsing their phones to think you’re a ponce.

Going to the gym

Apart from making your co-workers feel like a bunch of slobs, sitting on a rowing machine for an hour is a great way to be knackered and smelly. But having a perfectly sculpted body outweighs your colleagues being disgusted by you reeking of sweat all afternoon.