Would you be happier in the Blitz? Take our quiz

THINK things were better in the old days? Feel nostalgic for a time you didn’t live through? Find out if you would have been happier living through the Blitz.

How do you feel about returning to the office?

A) Mildly annoyed, mainly because I work in a stressful, underpaid job with total arseholes.

B) Fine. I’m bravely back at my desk. I wish there were some doodlebugs exploding, though. That sounds exciting.

Should we bring back rationing?

A) With all the supply chain issues still going on it might stop pricks panic buying.

B) Absolutely. Living on four ounces of cooking fat and one egg per week would solve this country’s obesity crisis in a matter of months.

How do you feel about Europe?

A) I’m surprised they even talk to us after years of acting like total dicks.

B) The whole continent’s gone to hell in a handbasket and needs us plucky Brits to step in and sort it out again, just like on D-Day.

You’ve had a shit day, what do you do?

A) Complain to my partner who will half listen while scrolling on their phone and occasionally go ‘oh right’.

B) Bottle up my emotions while stoically remembering a hardship I didn’t endure. Or cheer myself up by humming ‘We’re  Going to Hang Out the Washing on the Siegfried Line’.

What does ‘Blitz spirit’ mean to you?

A) It increasingly sounds like propaganda to make you go along with our daft, self-inflicted modern problems without whingeing.

B) It’s a patriotic, morale-boosting attitude that doesn’t suggest a weird obsession with the events of 75 years ago that other countries don’t have.

Mostly As: You haven’t drunk the Blitz Kool-Aid, meaning you weirdly don’t want to return to a time of nightly bombing raids and unprecedented misery. Watch more war films, the less realistic the better.

Mostly Bs: In your opinion, the Blitz was the highlight of human history and if you had a time machine you’d live there permanently. You’d probably think Anderson Shelters were ‘elf ‘n’ safety gone mad’, though.

Free gifts on comics: Rubbish things you had to have as a kid 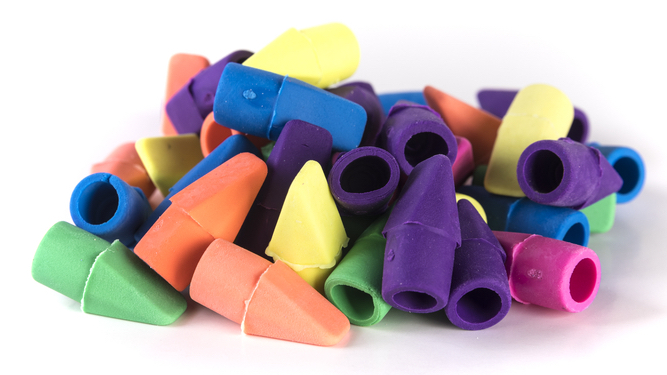 AS a child did you think you’d die if you didn’t own certain items of tat? Here are the things you pestered your parents endlessly to get.

Free gifts on the front of comics

Often a ‘space spinner’ that immediately plummeted to earth. Sometimes strange, like Warlord comic’s tiny hand metal grenade pendant. But always something you really, really, really, really, really had to have then quickly lost interest in, like a plastic Judge Dredd badge you made your poor dad trawl every newsagent’s for.

You HAD to have them, whether they were Munch Bunch characters or boring erasers. They actually impeded your ability to write by unbalancing the pencil, and it’s unlikely Shakespeare was unable to pen his masterworks without a variety of ‘quill tops’.

Kellogg’s bike reflectors that went on your spokes were a pop culture sensation, but most ‘gifts’ were objectively crap. Parents were harassed, oil was turned into plastic, the Earth plundered and all so you could own small plastic figures of Snap, Crackle and Pop that did f**k all.

Possibly a cruel joke by the manufacturers, these served no purpose other than to make the wearer look like a twat. But everyone had them so you had to, too. Harmless fun or a sinister example of the conformist herd mentality that led to the rise of Hitler and Pol Pot? Definitely the latter.

Could be quite random, like ‘sounds of the jungle’ with Robinsons Barley Water. The sheer novelty of a FREE RECORD ensured that you listened to it obsessively, just to further torment your parents who’d already bought the product, collected the vouchers and posted them off in an envelope to receive something of no value whatsoever.

Games such as Battleship, Headache and Mastermind were pretty obviously dull but you preferred to believe the exciting TV adverts. After a few plays they went on their journey to The Cupboard of No Return where The Game of Life was interred.

A f**king cynical ploy. Children weren’t interested in tea, but were obsessed with Doctor Who cards or the Brooke Bond ones you messily glued into an album, forcing parents to keep buying the same brand. Some were even pretty dull for kids, eg. Vanishing Wildlife cards of ocelots and tapirs, and just preyed on children being acquisitive little shits.