‘Okay, what the Jesus f**king balls is going on?' asks Britain

EVERYBODY in the UK would like to know precisely what the actual fuck, it has been confirmed.

As the news continues to resemble the season finale of an Argentinian soap opera, the country has asked what in the name of cock is going on and what exactly they are meant to do about it.

Wayne Hayes, from Carlisle, said: “It’s….I mean…no, genuinely sit down and explain it to me before I completely lose the plot, presuming there is a plot now and we’re not just freestyling it.

“Call me old fashioned but I preferred it when things happened in a sequential order based on what happened previously, rather than having increasingly terrifying, random headlines barked at me by an angry clown.”

The lack of anything making any sense deepened yesterday as Jeremy Corbyn vowed to fight on as Labour leader by painting faces on household items and appointing them to the shadow cabinet.

Flanked by an anglepoise lamp in a wig and a toaster with a smiley face, the Labour leader said he would continue leading whatever is left of the party, before handing over to his new press secretary Henry the hoover to answer any further questions.

Hayes added: “Do I need a passport for buses? Does the pound work? Is cheese still a thing?” 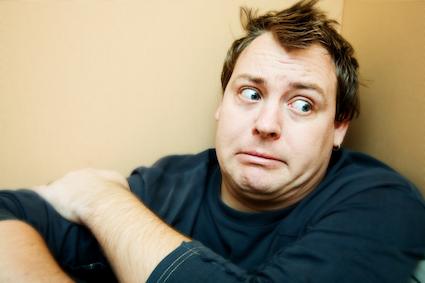 THE European Union has praised Britain for the calm, efficient way it has dealt with Brexit.

European leaders and EU officials stressed that negotiating with their British counterparts was always a joy because they show such maturity, intelligence and organisation.

A French government spokesman said: “We’re sure that if and when you actually have a government and a prime minister everything will be fine.

“I have no doubt your parliament will then ratify any agreements, assuming it hasn’t resigned en masse and emigrated to New Zealand.”

A Labour Party spokesman said: “This is my first day. I seem to be the only person here. How does this work? Do you ask me questions?”

Meanwhile, a Downing Street spokesman said: “I don’t care about anything anymore.”