Only possible reason to drop litter is ‘being a dick’, say experts 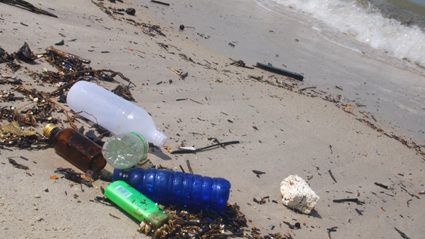 SCIENTISTS have been unable to identify a single worthwhile reason for dropping litter.

As Britain becomes submerged in crisp packets and other non bio-degradable detritus, researchers struggled to find a reason why you would not just put it in the fucking bin.

Professor Henry Brubaker said: “If someone robs a loaf of bread from the supermarket, or even a ton of money from a bank, you can kind of get that. It’s fulfilling a need or desire.

“Even if someone does a murder, maybe the victim was a viral marketing expert which would make it understandable.

“But there is nothing to be gained by chucking your empty Tango can, Quavers Grab Bag or Minstrels packet on the floor.

“They will not rot. The wind will not carry them away like wishes, they will just gather in the nearest hedge looking horrible and making everyone depressed.”

Professor Brubaker confirmed that there were bins absolutely everywhere: “You cannot walk down a street without tripping over bins.

“They are big and bin-shaped, perfect for putting things into.”

Dirty bastard Tom Booker said: “I just use things up and then discard them willy nilly – friends, partners, Twix wrappers.

“I am wrong in the soul, you wouldn’t like me.” 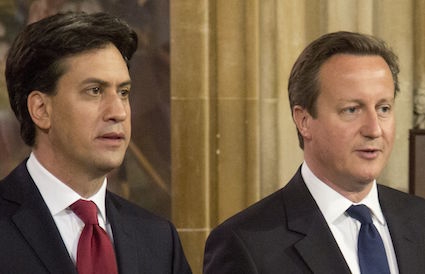 DAVID Cameron and Ed Miliband have confirmed that one of them is going to be prime minister in a few weeks.

As the election campaign began, the party leaders cemented Britain’s worst fears, dashing any hopes that the next prime minister might actually be good at it.

Speaking outside Number 10, Cameron said: “The next person to walk through that door will be me or Ed Miliband. I’ll be honest, after five years I was hoping to have a more compelling argument.

“Anyway, I’m just going to stand here until you decide.”

Shuffling into view alongside Cameron, Miliband added: “I didn’t go to Eton. Any questions?”

Voter Jane Thompson, from Peterborough, said: “I had hoped for a last minute candidate who was strong, wise and pragmatic, rather than some smarmy M&S fucker who wants me to be his chum.”

Martin Bishop, from Hatfield, added: “I thought Michael Sheen was going to put his name forward? I like him and I think he’s related to Martin Sheen who was very good in The West Wing.

“I know, I would actually prefer an actor. How fucked up is that?”

Cameron had earlier met with the Queen who warned him that if he loses to Miliband she would ‘turn him into Dan Akroyd from Trading Places, but without the happy ending’.