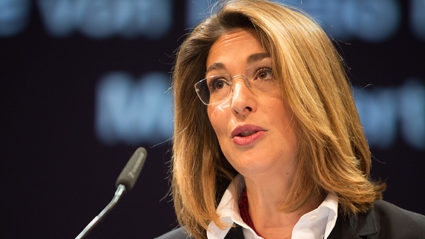 ACTIVIST and author Naomi Klein’s hair looks too good, it has been claimed.

Best-selling writer Klein, renowned for her scathing critiques of capitalism, is currently focusing on our planet’s impending environmental collapse.

However, there are concerns that her hair looks too good.

Marketing manager Susan Traherne said: “Her arguments about climate change are persuasive, but they struggle to cut through because of how well that hair suits the shape of her face and her skin tone.

“I like her books, but maybe she should downgrade her hair to something more dated or severe. Because it looks too fucking awesome.”

Scientist Stephen Malley said: “Klein is one of the highest-profile advocates of climate change, but I’m not sure whether her outstanding hair is working for or against us.

“It is not a sexist thing. I mean, I would like that haircut and I’m a 53-year-old man. It’s serious but playful, it confers status but also looks very soft.

“However its remarkable perfection is distracting, and it’s sad to think that exceptional hairdressing could be indirectly responsible for the extinction of all human life.” 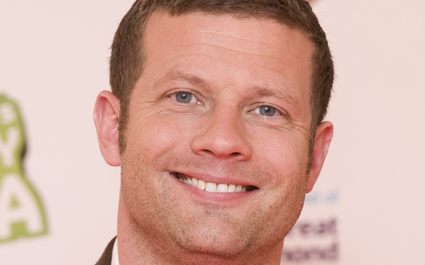 FORMER X Factor host Dermot O’Leary was shown clips of his time on the show before being dropped into Simon Cowell’s carnivore pit.

O’Leary was summoned to Cowell’s throne room, where he watched a twenty-second video compilation of his most uplifting moments while Ollie Murs consolingly rubbed his back. Then Caroline Flack yanked a lever to open the trap door.

A source said: “Over the years Dermot had seen things, like the jar of labrador puppies Cowell keeps for snacking purposes or the haunted look in Sinitta’s eyes, that meant he was too big a risk.

“He accepted that one day he would die like this.”

O’Leary tumbled into an indoor lake full of manta rays in Cowell’s vast basement, where he was repeatedly stung but managed to drag his swollen body onto the shore.

He was then seized by a jackal and dragged into bushes, however the creature dropped him after being ambushed by pumas.

As the big cats feasted on a dying O’Leary, he gurgled something about it having been an amazing journey.

Ollie Murs said: “Obviously it’s sad to see Dermot go but I’m sure he’s set for big things in the afterlife, if there is one.