Orgreave miners to be prosecuted for holding grudge

MINERS involved in the Battle of Orgreave are to be charged with not letting it go.

As it emerged that South Yorkshire police will not be investigated for assault and perjury because it all happened a long time ago, the Crown Prosecution Service is preparing cases against more than 200 miners for criminal resentment.

A CPS spokesman said: “In more than 30 years since the alleged clash, these men have been given chance after chance to just give it a rest.

“But, despite decades during which police conduct has neither been investigated nor any charges brought, the miners’ insistence that justice must be done has become increasingly annoying.

“As a result we are bringing 531 charges of sustained grudge-bearing and persistent ill-will.”

Police officer Stephen Malley said: “It’s so long ago that I can barely even remember beating miners and then lying about it, but they bring it up every single day. Finally I’ll have closure and my wounds will be able to heal.

“Also, can we prosecute them for being scruffy? Because they were really scruffy.”

Naked climbers sentenced to four months in a volcano 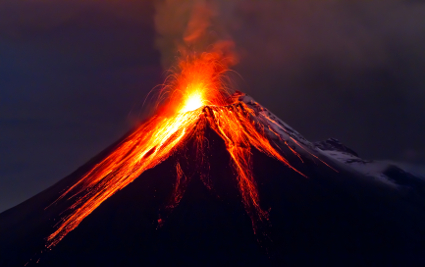 THE climbers who stripped naked at the top of Mount Kinabalu have been sentenced to four months inside its 800°C crater.

The volcano, which is not currently active, will open its flaming maw to admit the tourists and keep them imprisoned in an all-magma environment until being belched back to the surface in October.

Malaysian prime minister Najib Razak said: “The mountain’s spirit, Kinorohingan, has requested the opportunity to deal with the offender himself and well, we don’t want any trouble.

“They will be taken back up the mountain, forced to put on a vest, shirt and jumper and then left there while 10,000 tonnes of rock explode into the atmosphere and they are swallowed by lava.

“It may seem harsh, but at the same time I think we can all agree that it obviously isn’t.”

British student Eleanor Hawkins is expected to return intact after finding she was in the same class as Kinorohingan at Derbyshire’s Ockbrook School and her father can get him a job in the City.