BRITONS are having to visit neighbours because they have their Amazon stuff.

Across the UK, thousands are having to go next door to collect Christmas packages their neighbours grudgingly accepted from delivery drivers.

Mother-of-two Emma Bradford said: “Since moving in two years ago I studiously avoided all neighbourly contact. Because all neighbours are from hell.

“Then yesterday I saw the rectangular card saying they had signed for my husband’s footballer biography.

“I knocked on the door and after five minutes’ of TB-style coughing a humanoid form was visible through the glass.

“The door opened a crack and a clawed hand emerged holding a small cardboard box with my name on it.

“The house smelled strongly of peanuts and I think I saw a goat moving around in there.”

Roy Hobbs from Swindon said: “After my neighbours signed for my DHL parcel I feel a terrible sense of debt to them.

“I’m going to have to give them a fucking Christmas card now.”

Lawrence of Arabia inevitably getting heap of shit remake 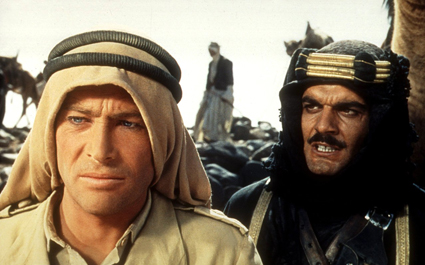 CINEMA classic Lawrence of Arabia will inevitably get remade with Tom Cruise, Matt Damon or someone like that.

Hollywood insiders admitted that Peter O’Toole’s death had drawn their attention to an exceptionally brilliant ‘property’ ripe for ruining.

A spokesman said: “Lawrence of Arabia may be one of the greatest films in cinema history but it lacked product placement and characters designed to appeal across the marketing quadrants.

“For example Peter O’Toole was great but he acted kind of gay in places and lacked the muscle bulk required for an imposing screen presence.

“Also we’ll have Jack Black in Omar Sharif’s role, repeatedly falling off a camel called ‘Fartbreath’. And it’ll be in 3D. With ‘sand hobbits’.”