West Brom pretty sure new manager will solve all their problems

WEST Bromwich Albion are confident that changing manager will transform them into a top four worldwide football club.

Former manager Steve Clarke, sacked this weekend, is thought to be the only obstacle stopping a small club on the outskirts of Birmingham dominating European football.

Chairman Norman Steele said: “Our replica shirt sales in China are just 0.023 per cent of Manchester United’s, and that’s just one of the many problems that can be laid directly at Steve Clarke’s door.

“Our stadium holds fewer than 30,000 fans, we’re not based in a desirable London location, and our club badge looks like clip art for a bootleg Christmas card.

“When I asked Steve Clarke how he planned to rectify all that, he had no convincing answers.”

The club’s targets for this season are to qualify for the Champion’s League, to ditch shirt sponsors Zoopla for a multi-million deal with Goldman Sachs, and to sign Lionel Messi.

The executive board also hope to swap their longstanding rivalry with Wolves for a upscale rivalry with Paris St Germain, and to change their thrush mascot for something that isn’t also a genital yeast infection.

Steele said: “We want the very best. Though if they’re not available, I’m sure we can turn our fortunes around by hiring a manager previously fired by another struggling club. That always works.” 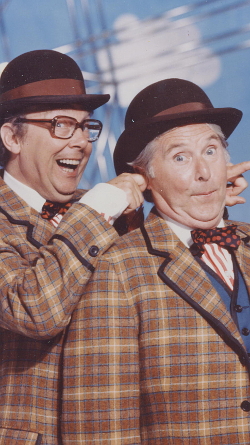 CERN SCIENTISTS are using highly sensitive instrumentation to discover if any work is done in the week before Christmas.

The Large Hadron Collider, capable of detecting tiny interactions between subatomic particles, will be trained on the UK to see if even the smallest productive action occurs over the next five days.

Professor Helen Archer said: “Everyone will be at their desks, certainly, and there’ll be enough mouse-clicking to fool most forms of spectroscopic analysis and middle-managers.

“But work, in the scientific sense of the motion of a system against a force or the colloquial sense of that shit you get paid for, is not thought to happen.”

The study follows the 2009 invalidation of Executive Theory, which conclusively showed that senior managers aren’t in important meetings but are instead getting drunk over lunch.

Risk manager Tom Booker said: “Our office is exceptionally busy at this time of year shopping online, writing each other Christmas cards and sticking tinsel around our monitors.

“It’s so frantic, I barely have time to put my out-of-office email on before grabbing a double fistful of Celebrations.”

Results of the observation are expected to be inconclusive because the scientists who should be taking down results are making a model of molybdenum’s atomic structure out of paperclips and Post-Its.