THE parents of two adult siblings have explained that they have to fund the younger one’s unconventional lifestyle because he is more creative.

Roy and Yvonne Hobbs told daughter Ruth, 28, that 25-year-old son Joe still lives at home with a car and an allowance because he wants to be a famous drummer and his talent must be indulged.

Ruth said: “Mum said Joe can’t be expected to do stuff that would stifle his genius like getting out of bed before midday or working in an office environment.

“At times I’ve failed to appreciate it and become annoyed at him smoking spliffs at the end of the garden then sitting in front of the PlayStation asking mum for a cooked breakfast.

“But now I understand that, unlike the rest of us automatons, he is a creative spirit and simply not able to tolerate an oppressive, mundane life of commuting in the dark to a job to pay for his own rent and food. 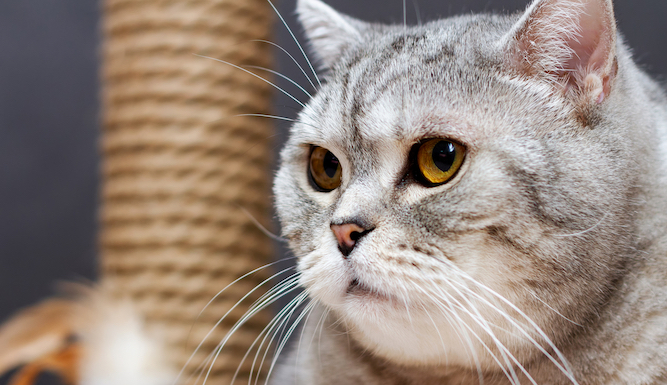 A CAT treats its scratching post with the delicacy of an antiques dealer handling valuable Chinese ceramics.

Emma Bradford’s cat Truffles was bought a wooden scratching post covered in sisal rope which he can rake his claws on to his heart’s content, but has instead treated it like an original Picasso.

Truffles said: “Just look at that thing. It’s exquisite. One day I’ll reluctantly auction it and retire on the proceeds.

“Until then I’m not laying a claw on it. Instead I gaze at it longingly while my owner crouches down and does paw motions at it, though when she gets too tearfully frustrated I have to step in and gently bat her hand away from my cherished post.

“It’s the only thing in this place that’s been made specially for me. Why would I want to destroy it?

“No, when I get itchy claws I just go and shred the arm of the sofa. Because that’s what it’s there for.”

Bradford said: “I only bought that sofa last year. Still, watching it get destroyed is less painful than that time I tried to clip his claws.”