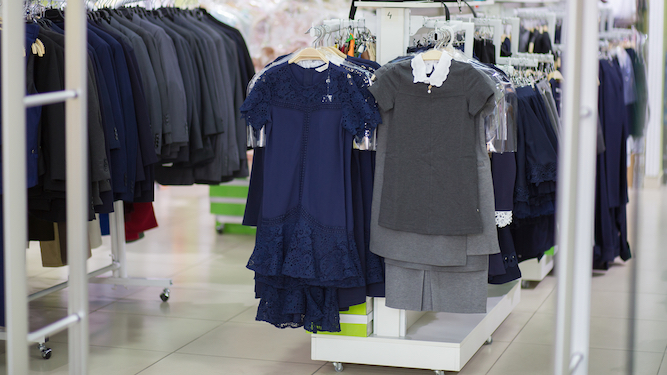 A GROUP of parents have been unable to hold back their tears of delight at the Back to School display in a Marks & Spencer.

The uniform aisle has become a place of pilgrimage for parents seeking solace in the fact that soon their beloved children will be someone else’s problem.

Mum of four Susan Traherne said: “There’s no more soothing combination of words in the English language than ‘Back to School’. Or ‘Back 2 Skool’, I’m not fussy.

“Any time I get a spare minute I slip to Marks’s and just stand there, gazing at the mannequins in school uniforms, picturing how sweet that moment will be.

“I’m never alone. There’s always at least one other haggard soul clutching overpriced PE kit, muttering ‘we took them all the way to Italy and they just stared at their phones’. We feel the same pain.”

Eight-year-old Ryan Traherne said: “I found a kind of ‘Back to School’ advent calendar in mum’s room with every day since I broke up crossed off on it.

“For September 2nd there’s a little door with a miniature bottle of gin inside.”

Couple had table seat to themselves for whole train journey 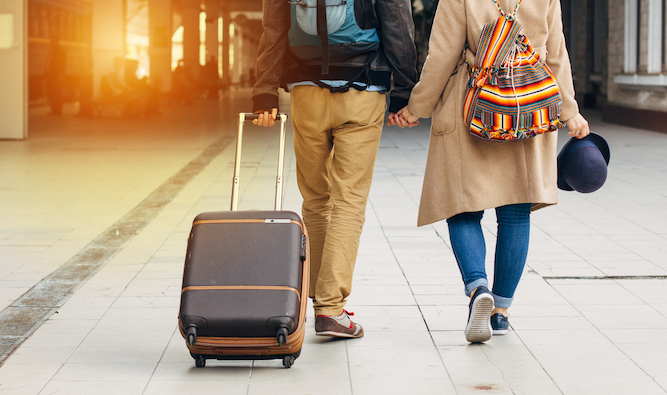 A COUPLE  had a full table to themselves for a two-hour train journey, it has been confirmed.

Tom and Jenny Booker boarded the Virgin Trains service to London at Macclesfield and immediately comandeered the empty table seat, but had no expectation of keeping it.

Jenny said: “Even though we had it all to ourselves at first, our magazines and phones spread across it in a pathetic attempt at marking our territory, we knew it’d be gone by Stoke-on-Trent.

“But the Potteries sh*thole came and went without any incursion on our personal space. And no fat self-important businessman got on, grunting as he opened his laptop, at Milton Kenyes either.

“By this point we already felt like we’d won the lottery. But when everyone got on at Watford and our table was left miraculously untouched, we knew we’d remember this journey for the rest of our lives.

“That weekend we saw Hamilton, had tea at the Dorchester, went up the Shard and ate at a Michelin-starred restaurant, but it all paled in comparison to our magical table seat. That was once in a lifetime.”

The couple’s journey home was delayed, switched to a different train at Northampton, and cancelled at Stafford for a rail-replacement bus service which broke down in Congleton.