BRITAIN’S parks have once again been visited by mythical laughing girls inviting men to join them for a light-hearted rounders match.

The girls, who witnesses have described as being young, carefree, and barefoot, appear to lone men and tell them they just need one more player to make up a team.

The men then leave their briefcases and jackets behind them on the grass and go to join the game after which they are never heard from again.

Fortean Times editor Julian Cook said: “Are the men consumed? Or do they live forever on another plane, basking in the tinkling giggles and the girlish claps of these student-age sirens as they score another hit?

“One thing is certain: to tired, sweating men, weighed down by their responsibilities, these untroubled girls-next-door in their simple vest tops are a temptation that cannot be resisted.”

Stephen Malley of Ludlow said: “I saw them once. Their white teeth twinkling through the trees, they called to me to play but as I ran I tripped over a tree root, and when I opened my eyes they’d gone.

“And I had to return to my life. My stupid, rubbish life.”

Both members of couple think they are the hot one 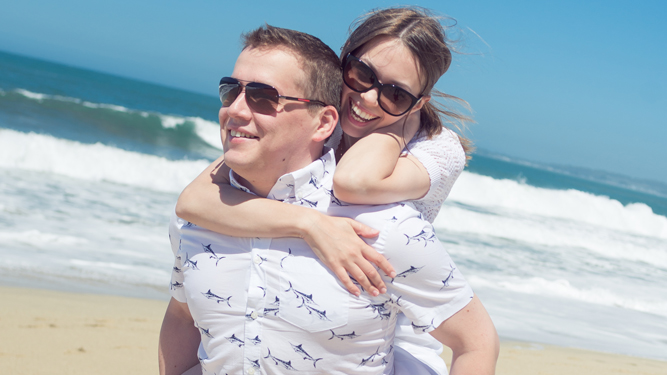 A MAN and a woman both consider themselves the good-looking one in their relationship.

Tom Booker and Emma Bradford both appreciate the other’s wonderful personality, while remaining quietly confident they are physically superior.

Booker said: “She has a fantastic sense of humour. Once you get to know her you soon forget all about the haircut and the clothes.

“When people meet us I can tell they sometimes think ‘that dude is good-looking but he’s punching a little below his weight’. But it’d punch them for saying that, even though it is fundamentally true.”

Emma Bradford said: “When we met I thought ‘You’re actually a bit worse than your profile picture’. He had slightly greasy hair and thin arms like a schoolgirl.

“But I liked him and encouraged him to buy nicer clothes so that people wouldn’t think I was his carer.”

However Booker added: “I think going out with another hot person would be boring, we’d just be too similar. With Emma I get to see the world from a normal-looking person’s perspective.

“Probably don’t tell her I said that though.”