People to be killed by tank commanders listening to Steps

THE lifting of the ban on openly gay US troops will mean people being killed by tank commanders who are listening
to upbeat euro pop, experts have warned.

Under the former ‘don’t ask, don’t tell’ system, tank crews were forced to listen to staunchly heterosexual music, probably Sepultura or Green Day, while pressing the buttons that would make the thing on their screen die horribly.

Defence analyst, Roy Hobbs, said: “One of the key repercussions of allowing soldiers to be overtly homosexual is that catchy music with a good beat and a feelgood sensibility will become commonplace in the theatre of war.

“The prospect of Iranians being blown apart by a missile fired from a tank in which Better Best Forgotten by Steps is playing quite loudly raises some thorny moral issues.

“It’s one thing to kill. But to do it in a gay way? While listening to music that has an associated dance routine involving hand movements?

“Currently there’s nothing in the Geneva Convention about Steps, Erasure, or even the Pet Shop Boys. Perhaps there should be.”

Gay US army tank commander, Nathan Muir, said: “It’s a common misperception that homosexual soldiers like myself will be singing along to uplifting dance anthems or the Sound of Music soundtrack while piloting our engines of death.

“While my in-tank ipod does include a smattering of Sinitta, Dr Alban and the 80s disco track Menergy by Sylvester, it’s far from just superficial dance pop. I mean, there’s loads of early Kate Bush on there too, like The Sensual World.

“I really appreciate how its ethereal vibe and sparkling arrangements help me to focus as I’m leading my squadron through a battle-scarred city where danger lurks around every corner.

“And it’s not gay at all, just really magical.” 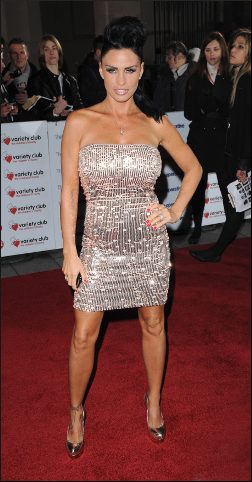 THE iconic Machin Head
portrait of the Queen could be replaced on stamps by Katie Price’s steam-cleaned vagina if some foreigners buy the Post Office, it has been confirmed.

Postal executive, Martin Bishop, said: “Our only fear is that the average postman needs no encouragement to sit on the cludgie for hours, so being in possession of a sack full of mimsy pictures could tip them into total inertia.

“The public have become accustomed to receiving their letters a week late and partially opened to check for valuables, but I think if they were all spunky it could damage our reputation.”

Bishop also predicted that future stamp designs will reflect the contents of the posted item, such as a table full of scratchcards and Sovereign fags for DSS mail, while utility bill stamps will feature a sobbing pensioner being violated by a famous horse.

The monarch has featured on every stamp since 1840, when the presence of a lady on the front of an envelope meant postmen had to tip their hat before delivering each item.

The current Queen’s portrait means she holds the record of being the second-most reproduced female artwork behind that tennis bird scratching her arse.

Meanwhile at least one daily newspaper has warned that a foreign-owned Royal Mail etc etc, something to do with sex crime and diseased gypsies.