People who prayed for Muamba not being jailed

NONE of the the people who think the baby Jesus mends broken boo-boos are in prison.

As a student was jailed for racist tweets directed at a Bolton Wanderers heart attack victim, the grand total of feeble-minded cretins sentenced to 56 days remained at zero.

Jane Thompson, who used Twitter to urge her dense, mawkish friends to pray for Fabrice Muamba, was yesterday making a nice cup of tea and settling down to watch Grey’s Anatomy instead of being stripped searched and given directions to the communal showers.

She said: “I knew that if me and my friends prayed hard enough the baby Jesus would look out his Big Holy Gospel of Myocardial Infarctions and mend Fabrice’s beautiful heart for ever.”

At that point the police did not burst through her door and pin her to the wall, grabbing her arms roughly and applying handcuffs in a way that would really hurt.

She added: “I’m not sorry I did it and I would do it again. Hopefully for a snooker player who has prostate cancer.”

Thompson then spent the night in her pink and beige bedroom instead of cowering in the corner of a damp cell as menacing voices in the dark threatened to cut her up a treat.

Meanwhile, Thompson’s friend Alice Kennedy said her Facebook page ‘Pray4Muamba’s Hurty Boo-Boo’ had attracted 57,214 followers and not a single complaint to the police.

She said: “My parents are not remotely ashamed of me. In fact they are very proud that I can persuade Princess Diana to ask Jesus to fix a footballer.” 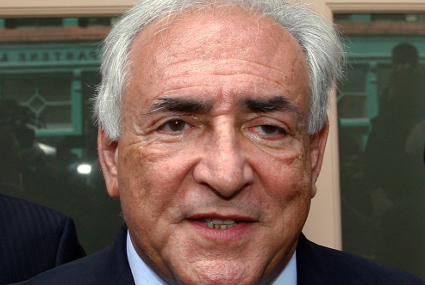 Former IMF chief pleads guilty to being the sort of person who makes you feel like your entire body is covered in tiny snakes.