PRINCE Philip has discharged himself from hospital so he can be the latest person to say something hellish about rape.

The 91-year-old royal was agitated after recent emissions from George Galloway and Congressman Todd Akin, and moved immediately to strengthen his constitutional role of saying horrific things about sensitive subjects.

A Buckingham Palace spokesman said: Hes spent the past day or so pacing about his hospital room mumbling about ‘thighs’ and ‘urges’. Every time a nurse came in, hed shout skank! at them until they left.

I think hes building up to say something sensationally off-colour about sexual assault. How bad? As bad as youd expect from a 91 year-old member of the aristocracy with a knackered bladder and penchant for shooting anything that moves.”

Philip will make his statement to Nuts magazine later today whilst competing in their celebrity tournament to see how many darts he can throw at a picture of Andrea Dworkin whilst downing shots of Sambuca with Danny Dyer.

Twitter has been put on high alert in readiness for the predicted outrage and all leave has been cancelled for anyone with enough IT skills to Photoshop a picture of Philip into a poster for The Accused.

Meanwhile, women across the UK have agreed that rape may now be only slightly worse than hearing George Galloway use the word ‘insertion’.

Helen Archer, chair of support group Women Who Heard George Galloway Say Insertion, added: “Typical reactions are the fear that you will never sleep again and the haunted, haggard look of someone who fought at the Battle of Stalingrad.

“Use the freephone number. Someone is waiting to talk to you. There is no such thing as legitimate Galloway.”

Leading economists call for new ways to dispose of Osborne 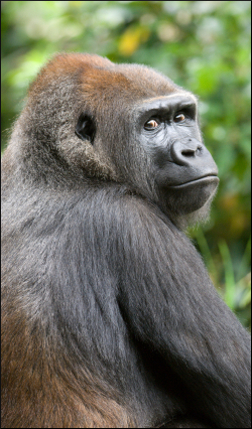 NINE top economists have published an open letter calling for a new approach to lifting Britain out of George Osborne.

Suggestions included kidnap, brainwashing, firing from a cannon into Ben Nevis and dismemberment by gorillas.

The last two are expected to provide a substantial one-off boost to tourism that would more than make up for the extra bank holiday.

Professor Tom Booker, from the London School of Economics, said: Killing Osborne is the easy option. Any ordinary member of the public could come up with that, as this petition signed by 43.8 million people demonstrates.

“As experts, we need to find some way of harnessing the terrifying power of his black hole of anti-knowledge.

“I think we should launch Osborne into space, position him in an orbiting satellite and threaten to bombard hostile nations with advice on creating a business-friendly tax climate with flexible workers.”

But Dr Eleanor Shaw, from Warwick University, said: “We need to make Osborne chancellor in a virtual reality – a computer-simulated Britain identical to the real thing, so that everything he does, we can do the opposite.”

Some experts believe, however, that Osborne is part of a top-secret programme to develop a breed of superhumanly incompetent chancellors.

One economist, who refused to be named, said: “They took some of Gordon Brown’s spit, mixed it with Norman Lamont’s hair grease and then let it ponce about at Oxford for three years.”

But the chancellor insisted: “We’re in negative growth, yes, but I’ve been on a management training course that taught me how to turn negatives into positives so everything’s brilliant.”