A POTHOLE is ‘100 percent certain’ an increase in council tax will have no effect on it whatsoever.

The pothole, which first appeared in 2002, laughed and said: “Who do you think you’re talking to?

“I have seen council tax increases come and go. The first couple of times I thought ‘oh well, it’s been good while it lasted’ but then I began to realise that I am immortal.

“I’m not sure if I’m actually a god, but it does feel as if I will be alive for as long as the universe exists. There is something to be said for being at the very bottom of the council’s to-do list.”

The pothole added: “Sometimes they put a cone on top of me, which I find very amusing. It’s like I’ve got a fancy hat.

“Then they take it away and put it on top of one of my friends.” 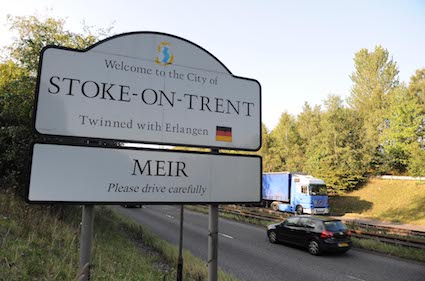 A REGIONAL breakdown of Brexit’s impact has shown that Brexit only really happens to you if you voted for it.

Official forecasts show that areas that voted for Brexit, like the North-East or West Midlands, will receive all the advantages and disadvantages of Brexit while London will be unaffected as usual.

The news has been greeted warmly by both sides. Joseph Turner, from Bristol, said: “Wait, I don’t have to do Brexit? I can still go on citybreaks? It’s their problem?

“Go right ahead then. Like I’m going to care if a load of poor places make themselves even poorer. That’s already happening and I already don’t.”

But Donna Sheridan of Stoke-on-Trent said: “I pity them Remainers. Missing out on all that sovereignity.

“They say there will be an economic depression but what they don’t realise is that’s all lies that they’ve made up themselves and then tricked themselves into believing.

“I’ll be kind to them, when it’s all done. I’ll scatter a few banknotes from the windows of my Merc as I drive past, and I’ll let them use our brand-new NHS.”