ARTHUR Raffles, the gentleman thief, last night launched a withering attack on the two men who raided a London jewellers, describing them as 'cads, ruffians and brutish ne'er-do-wells'.

Speaking from a sumptuous leather armchair in his St James's club, Mr Raffles said years of ill thought-out government policy had created a generation of 'tattooed scalliwags with scant regard for the honourable traditions of gem theft'.

He added: "When one desires a fine piece of bejewelleryment one must approach the task in hand with a careful combination of subtle intelligence and effortless sophistication.

"But thanks to Mr Brown's destruction of our educational system and his taste for tossing money at the undeserving poor, we are now bedevilled by indolent shoplifters who believe boorishness is a substitute for decent British cunning.

"What is more, these rowdy villains have no appreciation of the craftsmanship of a fine tiara and would regard it as nothing more than 'currency' to be exchanged for garish furniture, vulgar timepieces and the carnal favours of Cockney whores."

Mr Raffles was joined in his distaste by Sir Charles Lytton, the illegal custodian of the famed Pink Panther diamond.

Sir Charles, also known as the Phantom, said: "Barging one's way into a 'shop' while using rough language and wielding a pistol is just too, too ghastly.

"In my day, one would have acquired blueprints of the premises by disguising oneself as a simple but honest 'handyman'.

"If one was unable to deactivate the protective laser beams, one would simply have lowered oneself from the ceiling via an elegant system of ropes and pulleys, purloined the jewel and then hoisted oneself upwards, before disappearing into the night, leaving behind nothing more than a simple white glove, embroidered with the letter 'P'.

"By daybreak I would have returned to my terrace in Antibes where I would mix myself a vodka martini and marvel as the morning light of the Cote D'Azur danced playfully across the intricate facets of my newest acquisition."

He added: "Nevertheless I should imagine my dear friends at Scotland Yard will waste no time in apprehending these hooligans, mainly because their faces are all over the fucking security video."

Opinions About House Prices Bounce Back 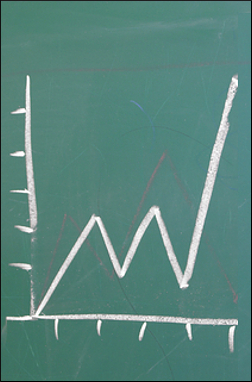 THE number of people with something to say about house prices rose by 15% in July, according to a report by the Institute of Chartered House Price Opinion Surveyors.

According to the report the most popular opinion about house prices is still 'of course, it was bound to happen', said in a knowing tone by someone with £250,000 worth of negative equity.

But running a close second is 'property will always be a good investment', currently being offered by some fucker sipping Chablis who has decided it is okay to start sounding smug again.

House price opinion consultant Peter Stamp said: "This is welcome news but we do really need some new points of view if the house opinion market is going return to 2008's pinnacle of meaningless bullshit and wishful thinking.

"Personally I'd like to see more people saying things like 'the way forward is to buy bungalows made of pork', or 'I think prices are driven by the mating habits of cockles'."

He added: "It's these kind of fresh perspectives which, while still total bullshit, are slightly less face-meltingly tedious than the current offerings being touted at semi-ironic North London fondue parties."

But despite the encouraging figures, many would-be first-time house price opinion holders believe the government should do more to help them onto the first rung of the property opinion ladder.

"Unfortunately my bank manager said I don't earn enough to qualify for a valid opinion."