Recession 'not source of misery after all'

THE end of the recession has failed to bring widespread joy.

As reports show that Britain’s economic woes are receding, millions have been left wondering why they failed to spring out of bed, throw open the window and shout ‘I love you, everything!’ at the sky.

Professor Henry Brubaker of the Institute for Studies said: “The dragon has apparently been slain, but the villagers aren’t rejoicing. In fact they still look pretty fucked off.

“Could it be because Britain is still a poxy, mid-Atlantic windblasted rocky protrusion, whose citizens spend seven months of the year churning up toxic mucus?

“Or perhaps that while the rest of Europe spends their early evenings gliding between cafes sipping green drinks with friends, we spend ours alone, eating cold curry and immersing in ourselves in the cretinising, cathode inertia of The One Show?”

Professor Brubaker cited the existence of Reading, John Motson’s annoying little chuckle and t-shirts that say ‘Jesus is my homeboy’ as possible reasons why you woke up feeling pinned to your mattress by an invisible goblin of woe.

“I just need a hug, some natural light and never to hear the word ‘aspirational’ again.” 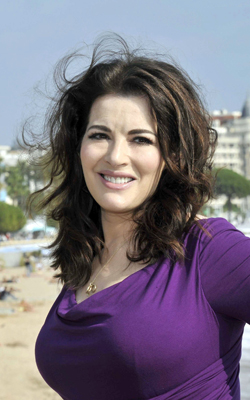 Us working mums have hectic schedules and it’s easy to neglect the little things in life  like washing your hands after you’ve been to the toilet. And when you’ve a diet that’s as rich and varied as mine, the bathroom can become a seething, nightmarish jungle of microscopic ghouls.

Indeed, when my children were potty training, I was elbow deep in faecal matter for the best part of a decade and we all just had to learn to live with it. These days, my internal flora is a miracle of science but not everyone is so formidable  as I discovered one evening when I had ‘Baroness W’ over for dinner. Instead of complimenting me on my glistening clam, she was abruptly taken out with a nasty bout of dysentery. That was one unctuous, steaming rump she’d never forget  but sadly for all the wrong reasons.

The following Sunday, before I got knuckled down in the kitchen, my husband caught me emerging from the bathroom with shame on my hands again. He raised one eyebrow at me so I flashed him my best coy smile, murmured the word ‘exquisite’ – and then quite forgot what I’d been doing!

Well, as you can imagine, what happened next rather called to mind the story of the old lady who swallowed a spider, which wriggled and tiggled and jiggled inside her. Except the spider was a waterborne lovely called ‘norovirus’ that made a terrible mess of our Egyptian cotton sheets.

(In this situation, you might want to introduce some Febreze, but I can’t recommend enough the difference made by shelling out that little bit extra on a Jo Malone ‘Serpent and Black Daffodil’ room spritz. Delectable!)

I was curious about our playful microscopic companions, so I invited my professor friend over for supper. He took a few scrapings and revealed up to 500 families of bacteria were living between my breasts. At this stage, I considered it wise to remain silent about the special folding method I’d used to get the perfect fluffiness on the cheese souffles. But a word of advice would be to stick to a palette knife in future. Stiff peaks!

These days, I’ve learned my lesson so I always take care to pump generously onto my guilty fingers  I could literally squirt all day long. You can buy supermarket own brand handwash but I rather prefer the special cleaning power of Cinzano and crushed diamond. Then, I simply work myself up to a good old-fashioned lather before replacing my fist into my mouth and gnawing slowly. Yummy!