RELIGION is still being taken seriously by billions of people, according to new research.

The Institute for Studies found that every country in the world contained at least one thousand humans who do not regard worshipping a God as an utter waste of time.

The Institute assembled a group of 650 worshippers of different faiths, nationalities, ages and genders to test how easily they could be offended about myths.

Professor Henry Brubaker said: “In each case we burgled their house, started an absolutely disgusting internet rumour about them and made a glib remark about their god.

“They were peeved by the burglary, saddened by the rumour and when it came to God they threatened to decapitate and disembowel me and anyone whose first name begins with an ‘H’.”

He added: “In Christian countries we sensed the threat was fairly empty because those people tend to have houses and jobs.

“In Hindu and Buddhist societies the threats would have been menacing if we all weren’t already choking to death on exhaust fumes and there was room to swing a cat.

“And in Islamic countries we realised that most of these people have nothing to lose and so we ran like fuck.”

Professor Brubaker said the internet had made it much easier for religion to be taken seriously by lots of people at the same time and called for it to be burnt at the stake. 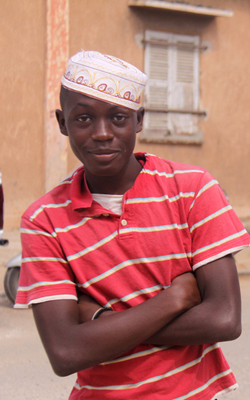 ARSENE Wenger has refused to sign a new long-term contract with Arsenal, insisting he can find a cheaper, younger version of himself.

Arsenal chiefs have warned the Yafflesque manager that if he lets his contract run down theres a chance he will be snapped up by Manchester City to manage their subs bench.

Wenger has repeatedly stated his love for Arsenal but has worried fans by talking about his frustration at not winning any trophies under himself.

He said: Ive been tracking a teenager in Senegal who I think can become the next Arsene Wenger. I refuse to pay the stupid prices I command just because I am a well known name.

We have a wage structure in the club and I am not going to break that just to keep me here. I know what my future plans are for the squad and if I cant see that then maybe its time I moved on.

The club have signed a number of youth managers over the years that were tipped to become the next Arsene Wenger but none have achieved the requisite level of refusal to play direct football when necessary-ness.

The Senegalese protégé that Wenger hopes will break this trend was spotted by the Arsenal manager on a Youtube clip giving a gnomic press conference about balancing the books and the need for a winter break in the league schedule.

Wenger said: He still needs to develop his skills berating fourth officials and kicking water bottles in disgust but I think one day he could refuse to buy any decent players at the highest level.