CHARITABLE donations are one of the best ways rich people can help rich people to help themselves, according to new research.

Economists found that every pound a rich person gives to charity generates another pound that can be used to help them build a life of self-sufficiency and yachts.

Julian Cook, professor of holes at Roehampton University, said: “If we tinker with the tax relief on charitable donations we risk condemning thousands of people to some secondhand 50-footer that doesn’t even have a jacuzzi.

“Imagine cruising into a Sardinian fishing village on something that has obviously been renamed. Charities are right to be afraid.

“If we cap the allowance then of course rich people will stop giving money to poor people. What would be the point?”

Martin Bishop, who made £48 million last year betting on things that don’t exist, said: “I am expected to keep giving money to charity just because I can. But then they would have more money and I would have less money.

“I’m sorry, am I missing something?

“Many years ago I realised that poor people were a tremendous opportunity. But where’s my parade?”

Cook added: “Give a man a fish and he eats for a day. Give a man a tax loophole and he’s fucking sorted.” 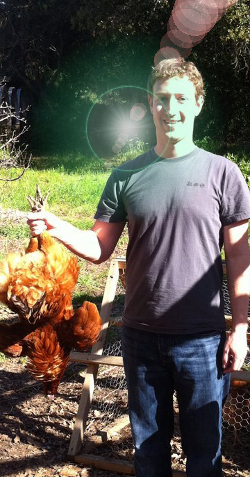 A NEW app has been launched that makes everyday pictures look like photos from a serial killer’s wall.

Using a series of colour filters, focal length algorithms and forensic technology people can recreate their own eerily blank-eyed family photos and blurred close-ups of something red with human hair and fragments of teeth in it.

Developer Wayne Hayes said: “With ‘Gacy’, ‘West’ and the default ‘Lorry Driver’ settings, everyone can have their Facebook timelines look like the opening credits to Se7en. It’s the banality of evil app for everybody from eight to 80.

“‘Gacy’ makes your friends look like badly-painted clowns and ‘West’ gives everybody a pair of mutton chops and adds a large, malevolent-looking wife into the photo.

“The lorry driver setting was the most challenging as it subtly adds in a piece of rolled-up carpet into the background of your shot that should remain unnoticed for several months until a jogger or dog walker is looking at your photo.”

Hayes has promised add-on features will be available as new rivers are dredged and basements dug up, as well as introducing ‘classic’ features such as the ‘Manson’ which will daub ‘Helter Skelter’ onto the background walls of pictures.

The app is currently only available for Android phones so Hayes can focus on his target market of weird, disaffected loners.

InstaKiller fan Roy Hobbs said: “The way it cuts the eyes out of photos and replaces them with jagged holes is really quite clever and I particularly like the slide show option, which blankly intones ‘Do you see?’ between each picture.”