THE London riots are the inevitable consequence of a society that includes some arseholes who like to steal things instead of working, experts claimed last night.

Sociologists said the devastation across the capital was the direct result of either social exclusion and government cutbacks or some young, inner-city pricks finding a flimsy excuse to set fire to Carpetright.

As the city’s often neglected underclass of dicks, twats and fuckers, let out a desperate cry of opportunist theft, Waterstones in Clapham was only spared after staff hurriedly removed the Stars of the Jeremy Kyle Show Pop-Up Book from the window.

Dr Tom Logan said: “I’m a sociologist, which means three things – I have an appalling education, I have very little money and most of the time I am unbelievably bored.

“And yet I have only a fairly small inclination to set fire to some shops while refreshing my tracksuit collection.

“You see, some people are just dicks, but sometimes even dicks like an excuse.”

Rioter Martin Bishop said: “I’m not entirely sure who is to blame for me wanting to steal things and then set fire to the building where those things used to be.

“But it is nice to have the flimsy excuse. It makes me feel more mature.”

Meanwhile, as former England cricket captain Alec Stewart began assembling a posse of vigilante test heroes, seismologists reported a sudden lurch to the right as people who own tagines found themselves calling for the immediate deployment of the Parachute Regiment and a couple of RAF Tornadoes.

Julian Cook, a planning consultant from Finsbury Park, said: “As long as it doesn’t get too ‘Bloody Sunday’ I think it could teach them a valuable lesson about property rights and the rule of law.”

But Dr Logan stressed that long after the fires had been extinguished debate would continue to rage over what turned these dicks into the fuckers they are.

He added: “I suspect it’ll be easier if we all just agree to blame Carpetright.” 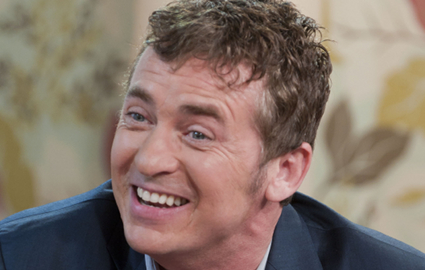