THE Metropolitan Police have vowed that next month’s royal wedding will be a glorious pageant of tear gassed wonder.

Thousands of police will carry heart-shaped riot shields and the soles of their metal toe-capped boots will feature a photo of the royal couple, ensuring that the love between Prince William and his bride will be the last thing a protestor sees before he loses consciousness.

Chief Inspector Roy Hobbs said: “It will be a fairytale occasion, like Goldilocks and the Three Trustafarians Getting Their Fucking Heads Kicked In or The Princess and the Punch in the Kidneys.

Officers will also be issued with a commemorative red, white and blue nightstick, while the Queen’s Perfumer has created a souvenir pepper spray blending subtle hints of jasmine, rosewater and scotch bonnet chili.

But anarchist Wayne Hayes stressed: “We’re working night and day to think of a way this wedding is somehow related to globalisation.

“And my mate Raz is already knocking up a banner depicting Kate and William as Nazi vampires setting fire to a pile of dead badgers whilst sat in an Israeli tank in Gaza.

“It’s a confusing image, yes, but you can’t say it’s not powerful.”

He added: “The real obstacle we face is not the police but the fact that most people will be using the day off to get obliviously shitfaced. 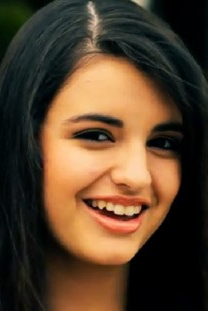 OMG! I’m, like, so totally awesomed-out by the awesomeness of this country – I never knew Bangladesh was such a cool place.

For instance, the other day I was sitting in this, like, totally cool VIP box at a game. I started talking to this, like, Indian guy (what he’s doing out here in Bangaldesh I have no idea – loser) and he asked me how a 13 year-old girl could afford the most expensive seat in the, like, house. I told him that my Dad sort of, like, sold some of his Union Carbide shares and paid for my vacation with the money. For some reason the guy totally lost it and started using the “f”-word which, like, totally freaked me out.

Seven for no wicket, wicket
That’s another single to third man, third man
Hold on gotta take that call it’s probably Greg, who’s like totally into me
Like, that’s gotta be so out LBW-W
Here comes the drinks cart
Do I have a Pepsi, Pepsi ?
Or do I have a Vimto ?
Or do I get in the back seat and see if they’ve got a banana and spinach smoothie, smoothie

Last night Jay, Drew, and Cara were like, on Twitter and we were all totally dissing that douchebag asshole nerd in school who’s dad hasn’t even bought him a Land Cruiser for his, like, birthday. ‘HELLO!’ I tweeted, ‘HIS DAD CAN’T EVEN AFFORD A HIGH END VIDEO TO ACCOMPANY HIS DEBUT SINGLE, EITHER – WHAT A TOTAL LOSER!’.

Drew said that two hours later the asshole posted some dumb video on Youtube featuring him going crazy. I downloaded it later on – he kinda looked cute in a combat jacket, carrying a shotgun.

7am wake up gotta get up
Go down to the hotel breakfast roomy, roomy
See the Australian team looking gloomy, gloomy
There’s England & Notts Graeme Swanneee
He comes walking over to me-ee
Picks up a Frosties Variety Pack
And tells me my music’s wankee, wankee
And that he’d rather eat Michael Yardy’s snotty hankyyyyy
Or listen to the howls of a waterboarded monkey, monkey

I played it to my, like, friend Chip and he said it was majorly cool, although he wished I’d written a song addressing the pros and cons of the referral system in the modern game. Awesome.